NOTE: This is a biannual report published by NOAA Fisheries. It was last updated this report on 10/27/22 and reflects document sea surface temperature trends, chlorophyll concentrations, fish distributions, etc. conditions in 2021 and early 2022.

Note that some data elements usually reported in Current Conditions are not available for this report, as some of our surveys did not occur as planned. This would include bottom temperature, surface and bottom salinity, and modeling data related to fish distribution and habitat.

Daily Sea Surface Temperature for the Last Half of the Year 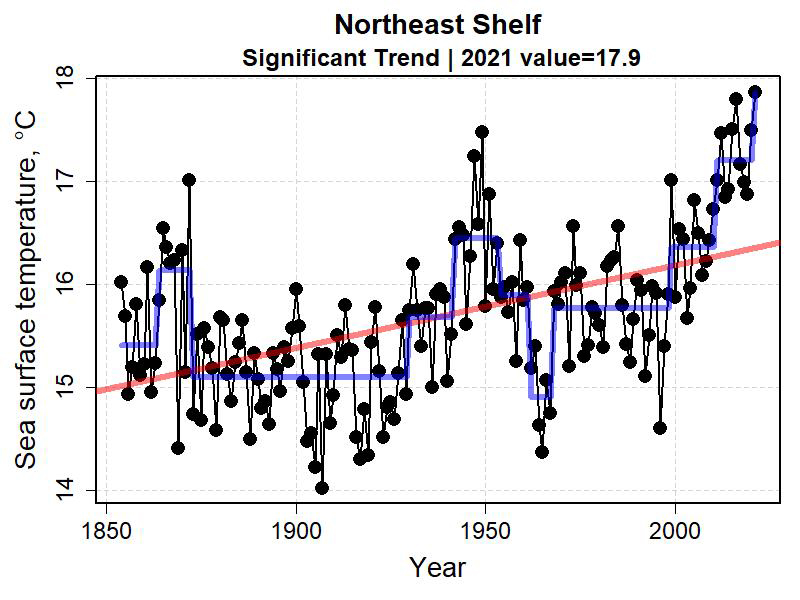