When and How To See The New “Green” Comet

Newly-discovered Comet ZTF is coming the closest to the Earth in 50,000 years, becoming visible to the naked eye, and making big headlines. Some are calling it a “super rare” and “bright green” comet, but will it live up to the hype? We explain.

Comet ZTF was discovered on March 2, 2022 by a robotic camera attached to a telescope known as Zwicky Transient Facility (ZTF) at the Palomar Observatory in Southern California. ZTF scans the entire northern sky every two days and captures hundreds of thousands of stars and galaxies in a single shot. Many comets have been found with this instrument. The most recent is catalogued as C/2022 E3 (ZTF), Comet ZTF for short.

Why Is This Comet Rare?

Comet ZTF has travelled a distance of 2.8 trillion miles and will make its closest approach to the Earth in 50,000 years on February 1, 2023. Orbital computations suggest that Comet ZTF may never return again.

What Makes ZTF A Green Comet?

The greenish color is likely due to a molecule made from two carbon atoms bonded together, called dicarbon. This unusual chemical process is confined chiefly to the head, not the tail. If you get a look at Comet ZTF, that greenish hue is likely to be quite faint (if it is visible at all). The appearance of green comets due to dicarbon is fairly uncommon.

Recent images show the head (coma) appearing to be distinctly green and trailed by an impressively long thin blush appendage (the tail). But that is what a camera taking a long exposure sees. The tint will look much less green to the naked eye. 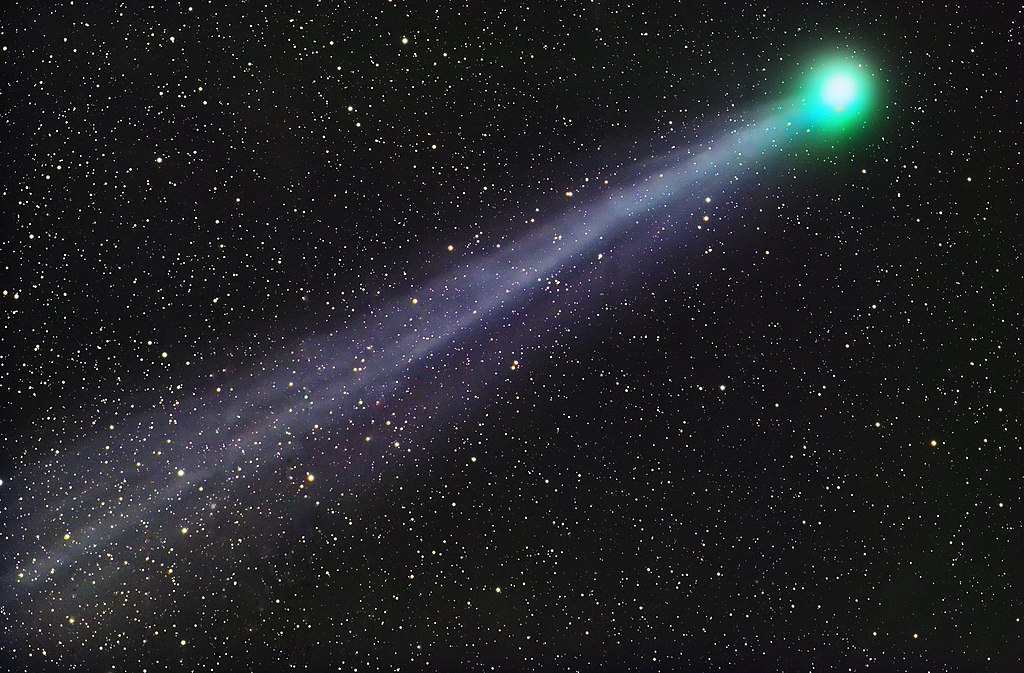