A Day in the Life of a Right Whale Researcher

Jason Gray, a member of the New England Aquarium Development Team, took a trip up to Lubec, Maine, to see what it’s like to be an Anderson Cabot Center right whale researcher during field season.

The knock on the door comes at 5 a.m. “Good to go!” I hear from the hallway. Usually, it takes at least three separate iPhone alarms and a Herculean effort of self-will for me to get out of bed at an hour I would, in most circumstances, describe as “unpleasant.” But today is different. An hour later I’m standing on the deck of the R/V Neried as our crew of six researchers pulls out of their dock at Lubec, Maine, and head for the deep waters of the Bay of Fundy.

It’s a gorgeous day outside; sunny, warm, and with just a hint of a breeze. As our captain expertly weaves through a maze of lobster pots, avoids hitting puffins (which are less graceful than I imagined), and passes the beautiful Grand Manan Island, I can feel the excitement on the boat for what everyone hopes will be a good day of observing North Atlantic right whales.

I’m spending a few days in the field with the New England Aquarium’s Right Whale Team at the Anderson Cabot Center for Ocean Life. As member of the development team responsible for securing support for the critical work this team does, I felt it was important for me to see first-hand the expertise, knowledge, passion, and good old-fashioned hard work that goes into field biology. I was not disappointed. I left Lubec with a much deeper understanding of the work this team does and the challenges they face. Perhaps most importantly, I gained a deep appreciation for the unique set of individuals that make up this team.

Researchers from the Aquarium’s Anderson Cabot Center have been observing North Atlantic right whales in the Bay of Fundy—a 32-mile wide strip of water with the coastlines of Maine and New Brunswick to the northwest and Nova Scotia to the southeast—since the early 1980s. For more than 30 years, our field-based research, data-driven science, and partnerships with key stakeholders in government, industry, and other NGOs helped increase the number of right whales from below 300 individuals to nearly 500.

Sadly, since 2010, we have seen a couple troubling developments. First, fewer and fewer whales are in the Bay of Fundy. As recently as the mid-2000s, it wasn’t uncommon for our researchers to observe 75 to 100 right whales in a single day. Now, if they see one right whale, it’s a banner day. Right whales appear to be leaving their historical feeding habitat for the colder waters farther north in Canada’s Gulf of St. Lawrence. The cause for the whale’s shift northward is not yet known for certain, but most scientists point to climate change. Given the Bay of Fundy is warming at a historically high rate, right whales are following the copepods that form the cornerstone of their diet. Right whales can only find enough copepods to support their 70-ton weight in those colder waters.

We have also witnessed a significant decrease in the size of the right whale population, which we now estimate at fewer than 450 individuals. Two factors have caused this population decline; fewer calves and more deaths.North Atlantic right whales are producing significantly fewer calves, and in 2018, zero calves were observed in their calving grounds to the south.

More right whales are dying from human causes because, as they shift their habitat from the Bay of Fundy to the Gulf of St. Lawrence, they are moving from areas that have robust shipping and fishing protections that have been in place for years to areas that have few or no protections. This has resulted in right whale deaths caused by human activities to skyrocket, with 17 mortalities from ship strikes and fishing gear entanglements in 2017 alone. With such a small population, this species clearly cannot absorb this kind of damage.

Right whale researchers heading out for the day 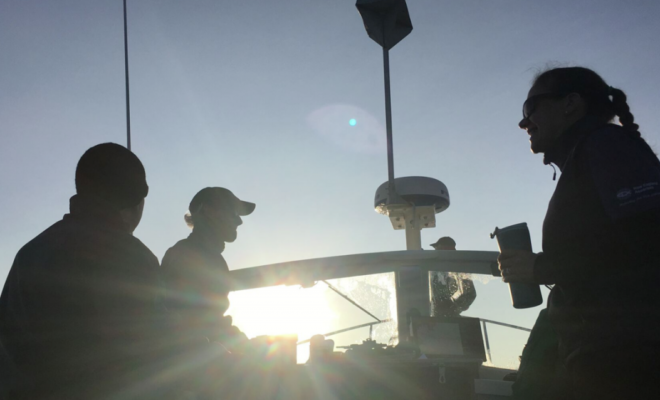 Right whale researchers heading out for the day 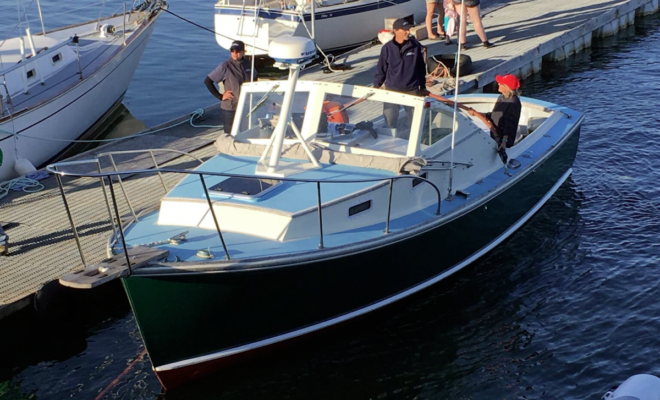