A $4.6 Billion Plan To Storm-Proof Miami

Thirteen-foot-high floodwalls could line part of Miami’s waterfront, under a proposed Army Corps of Engineers plan being developed to protect the area from storm surge. The $4.6 billion plan is one of several drafted by the Corps of Engineers to protect coastal areas in the U.S, which face increased flood risks stoked by climate change. Similar projects are already underway in Norfolk, VA and Charleston, SC.

The plan for Miami-Dade County, which is open for public comment, is intended to protect the 2.8 million people who live there from coastal flooding and storm surge during tropical storms and hurricanes. Many are concerned that the system of floodwalls, pumps and surge barriers doesn’t directly address a threat many in South Florida are already dealing with more frequently than storms: rising sea levels. Chronic flooding is a problem for some neighborhoods in Miami-Dade County during heavy rain events and seasonal king tides.

Global warming is also making hurricanes more powerful, according to a recent study by the National Oceanic and Atmospheric Administration. Miami is among the cities most vulnerable to sea-level rise globally, which means that storm surges driven by hurricanes will be even higher and potentially more destructive than in the past. 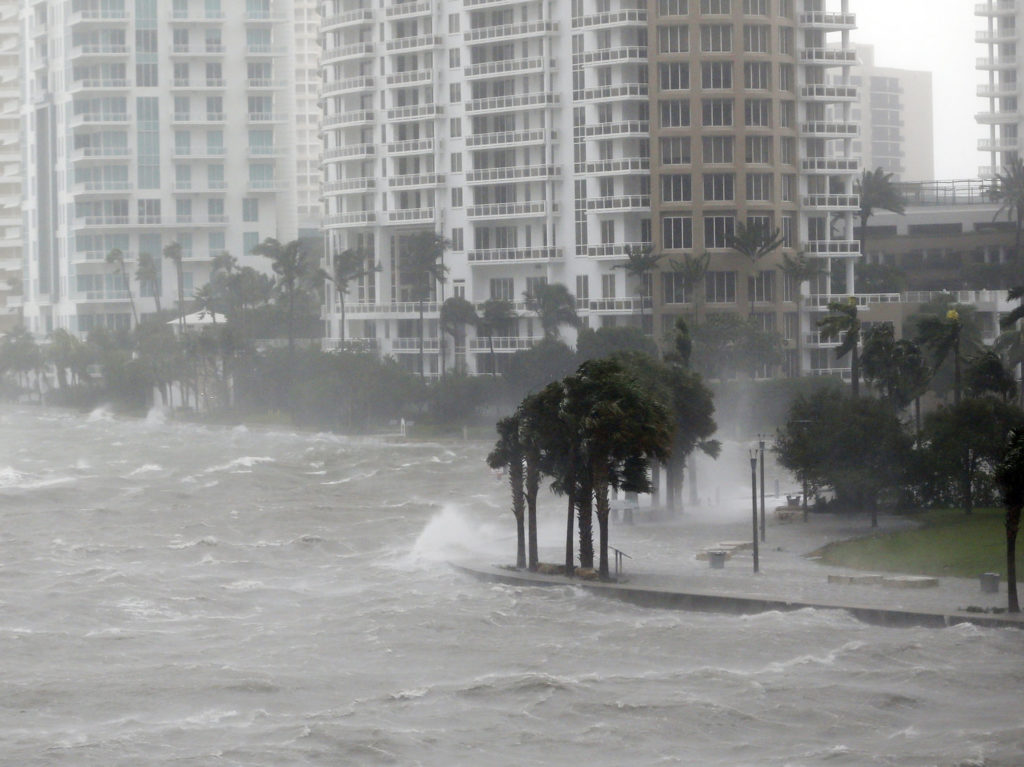