Hurricane Laura to be ‘Catastrophic’ Category 4

By Andrew Freedman and Jason Samenow.

Hurricane Laura is rapidly strengthening and is poised to strike the upper Texas coast and western Louisiana with a ferocity that has not been seen in this region in more than a decade.

The storm, which has leaped from a Category 1 to a high-end Category 3 since Tuesday, is forecast to make landfall as a “catastrophic” Category 4 between Houston and Lake Charles, La., on Wednesday night or early Thursday morning. Hurricane and storm surge warnings cover much of this zone.

Beaumont and Port Arthur, Tex., which were severely damaged during Hurricane Harvey in 2017, may be near the point of landfall, where officials have ordered evacuations.

Depending on the timing of the storm, Laura may strike near high tide, inundating coastal areas of western Louisiana to the Texas border under between 15 to 20 feet of water. The Hurricane Center warned of an “unsurvivable” surge with “large and destructive waves” and wrote areas up to 30 miles inland could be inundated.

Laura is also likely to unleash a narrow swath of destructive winds over 120 mph near where it makes landfall, and hurricane-force winds could charge well inland Thursday morning. 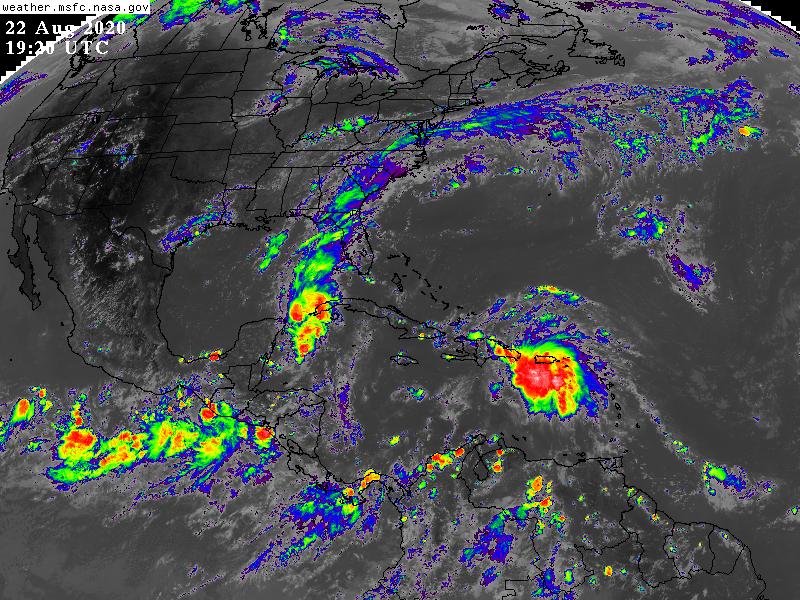