Tropical Storm Laura formed Friday morning with a projected path shifting farther south, but still a threat to both South Florida by Monday and the Panhandle by next week, according to the National Hurricane Center.

By 11 a.m., the storm is moving west at 18 mph about 210 miles east-southeast of the northern Leeward Islands with maximum sustained winds of 45 mph. Tropical-storm force winds extend out 150 miles.

“We see some pretty good land interaction it looks like on the new proposed track,” said FOX 35 meteorologist Jayme King. “Much of the Florida peninsula, all of it pretty much in fact is now out of the cone of uncertainty, but all sites now on the western Florida Panhandle around Pensacola toward Mobile Bay, Alabama with a possible Category 1 hurricane strike there by Wednesday.”

Before then, though, the forecast track has Laura moving over the northern Leeward Islands today, near Puerto Rico on Saturday morning and along the northern coast of Hispaniola on late Saturday or early Sunday. 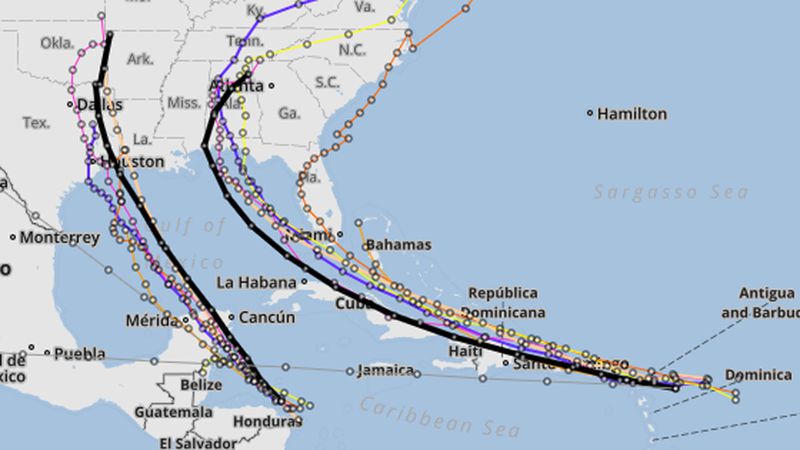