A month after being discovered on a central Oregon coast beach, a wayward boat is still presenting some mysteries. Was it tsunami debris that showed up ten years later? Does it contain something dangerous to our ecosystem?

Space debris isn’t the only thing that washed up in the Waldport area in recent weeks. On March 20, a “panga” boat (a type of small fishing vessel) made its way to just north of the Bayshore area of town, covered in various kinds of sea life. It was quickly called in to authorities, deemed a possible “tsunami boat” from Japan, which meant the sea life on it could well pose some dangers to Oregon’s coastal ecosystem.

The fiberglass panga vessel was 22 feet long and of a type often used in Japan for fishing. About 2012, a year or so after the 2011 tsunami in Japan, various debris started showing up on the Oregon coast. Many of them were covered in marine life, and some were considered invasive species that could cause harm on this coastline by spreading unchallenged by any predator. Luckily, no invasion ever occurred. 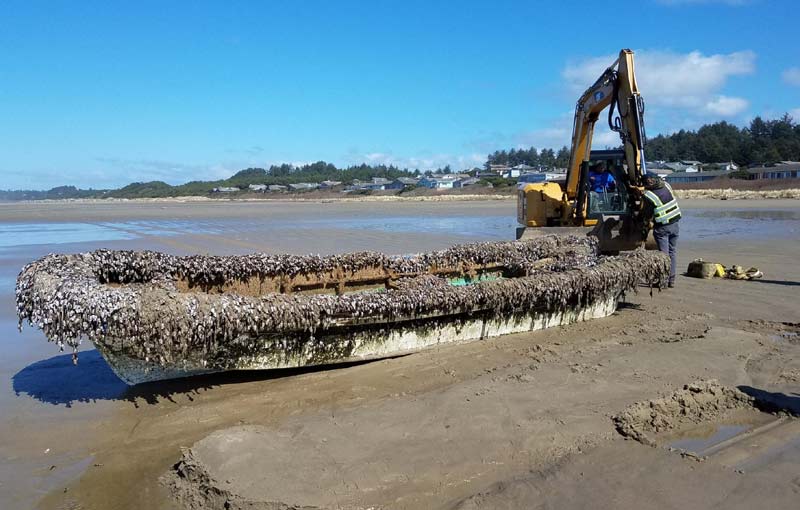