An undersea volcano erupted in spectacular fashion near the Pacific nation of Tonga on Saturday, sending large tsunami waves crashing across the shore and people rushing to higher ground. A tsunami advisory was in effect for Hawaii and the U.S. Pacific coast.

There were no immediate reports of injuries or the extent of the damage as communications with the small nation remained cut off hours after the eruption.

In Hawaii, the Pacific Tsunami Warning Center reported waves slamming ashore from half a meter (a foot) in Nawiliwili, Kauai, to 80 centimeters (2.7 feet) in Hanalei.

“We are relieved that there is no reported damage and only minor flooding throughout the islands,” the center said.

New Zealand’s military said it was monitoring the situation and remained on standby, ready to assist if asked.

Satellite images showed a huge eruption, a plume of ash, steam and gas rising like a mushroom above the blue Pacific waters.

The Tonga Meteorological Services said a tsunami warning was declared for all of the archipelago, and data from the Pacific tsunami center showed waves of 80 centimeters (2.7 feet) had been detected. 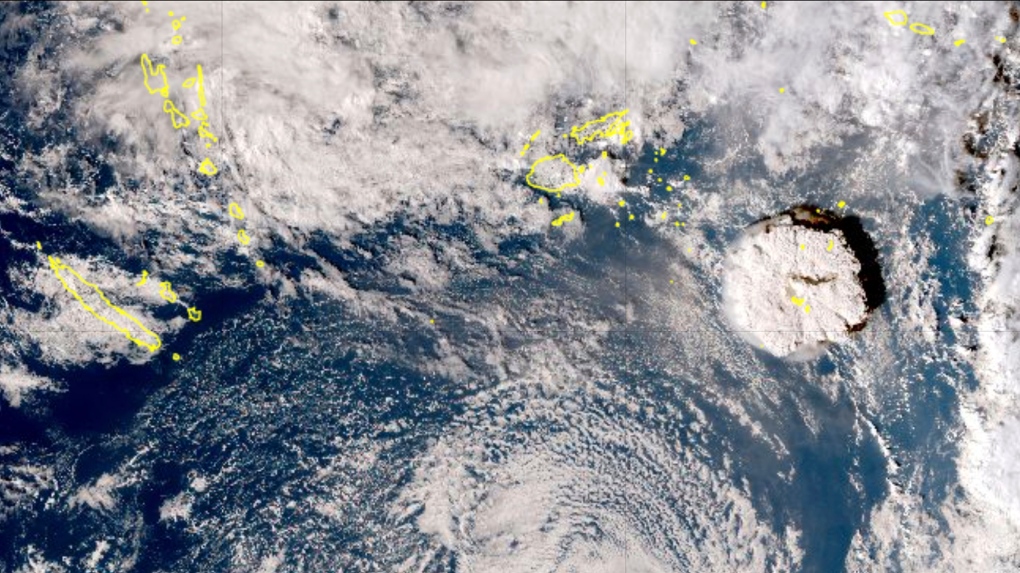