As Winter Storm Moves Across US, Ice Becomes Bigger Concern

By Kathleen Foody and Jill Bleed.

CHICAGO (AP) — About 350,000 homes and businesses lost power across the U.S. on Thursday as freezing rain and snow weighed down tree limbs and encrusted power lines, part of a winter storm that caused a deadly tornado in Alabama, dumped more than a foot of snow in parts of the Midwest and brought rare measurable snowfall and hundreds of power outages to parts of Texas.

Storm conditions also caused headaches for travelers across the country as airlines canceled more than 9,000 flights scheduled for Thursday or Friday in the U.S.

The highest totals of power outages blamed on icy or downed power lines were concentrated in Tennessee, Arkansas, Texas and Ohio, but the path of the storm stretched further from the central U.S. into the South and Northeast on Thursday.

Heavy snow was expected from the southern Rockies to northern New England, while forecasters said heavy ice buildup was likely from Pennsylvania to New England through Friday.

Parts of Ohio, New York and northern New England were expected to see heavy snowfall as the storm moves to the east with 12 to 18 inches (30 to 45 centimeters) of snow possible in some places through Friday, Andrew Orrison, a meteorologist with the National Weather Service in College Park, Maryland, said early Thursday. 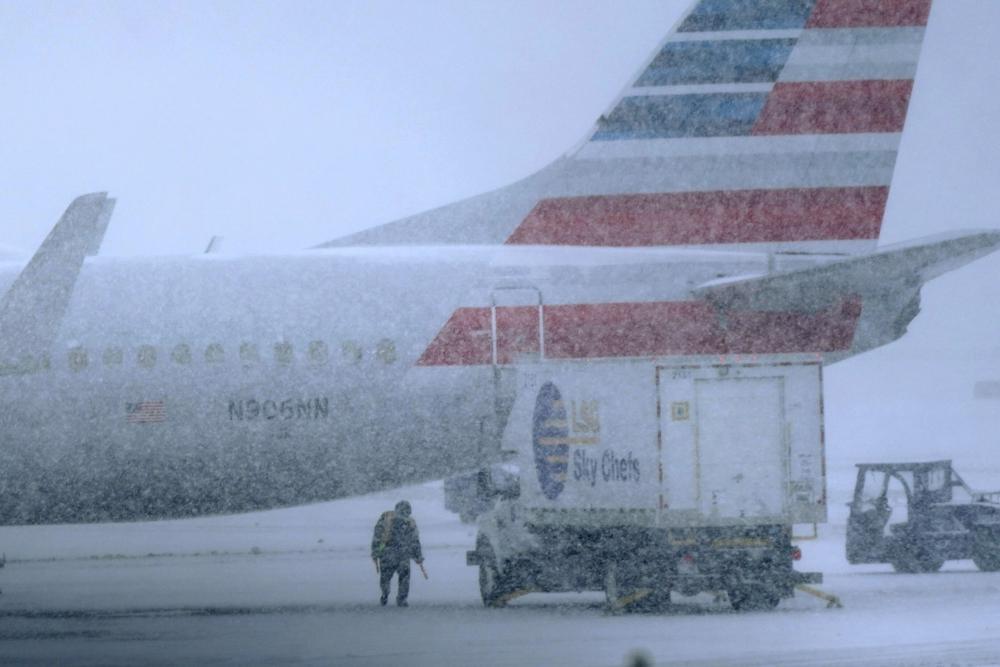