Why the Webb Telescope Images Are Such A Big Deal

The JWST can simply see more of the universe than the Hubble Space Telescope could.

Last year, before the launch of the James Webb Space Telescope, I wrote: “the largest space telescope in history is about to blow our minds.”

Consider this mind blown. NASA has finally revealed its first images from the space-based observatory. These images are decades in the making, and come after years of delays and budgets being blown. But they do not disappoint. Consider this very first image released by the space agency on Monday:

What makes this image so mind-blowing is how small it is, and how large it is, at the same time.

It’s small in the sense that this image represents only a teensy tiny portion of the night sky. Imagine you are holding out a grain of sand at arm’s length. The area of sky that grain covers — that’s the size of the area captured in the above image.

But it’s huge in the sense that nearly every object in this image is a galaxy (besides the bright spiky starbursts, which are stars in the foreground). Think about that: In every pinprick of sky, there are thousands and thousands of galaxies, at least. 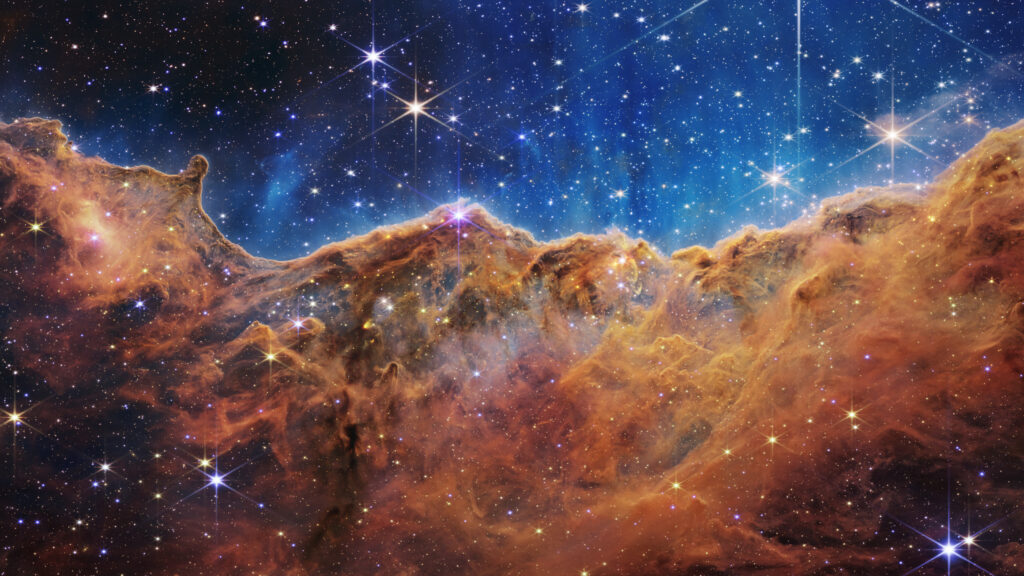 The James Webb Space Telescope reveals stellar nurseries and individual stars in the Carina Nebula that had not been seen before. NASA, ESA, CSA, and STScI