AccuWeather meteorologists continue to warn about a surge of tropical activity and direct threats to the southeastern United States as the heart of the hurricane season looms, despite a long gap in tropical development over the Atlantic this summer.

Atlantic tropical activity this year has been slower than in recent seasons and there has not been a single hurricane in the basin since the season started on June 1. In fact, according to AccuWeather hurricane Expert Dan Kottlowski, if there are no tropical storms or hurricanes in August, it will be the first time that’s happened since 1997 and just the third time on record.

After the formation of tropical storms Alex, Bonnie and Colin, there hasn’t been a single tropical depression or storm in the Atlantic since July 2. One system, classified as a tropical rainstorm by AccuWeather forecasters, nearly formed over the western Gulf of Mexico during the second weekend of August, but it eventually moved over South Texas before it could organize further.

August typically marks a rapid increase in the number of tropical storms and hurricanes and that trend usually persists well into September, with the climatological peak of the season occurring on Sept. 10. However, since the uptick is getting a later start than average, Kottlowski’s team of tropical weather experts is making a minor adjustment to its original forecast that was issued earlier this spring.

AccuWeather meteorologists expect there to be 16 named storms, including the three that have already developed. The original forecast called for 16-20 named storms. The forecast for the number of hurricanes remains unchanged and calls for six to eight hurricanes and three to five major hurricanes this season. 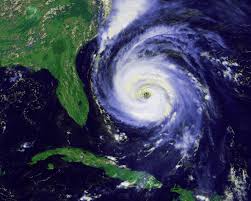