As Super Typhoon Hinnamnor is bearing down on Japan, the North Atlantic Ocean has experienced the quietest months of July and August since 1941. However, that could change as a new storm develops in the Caribbean and meteorologists predict a stormy fall season.

Named storms have skipped August in the Atlantic only three times on record – 1997, 1961, and 2022 – but meteorologists are monitoring a disturbance that’s moving west. It could gather strength and set off a string of late-season storms.

The National Hurricane Center reports a low-pressure system 850 miles east of the Lesser Antilles in the Caribbean Sea. There’s an 80% likelihood it will develop into a tropical storm within five days. The National Hurricane Center says the chances that the storm would come close to the United States is ‘very low’ at this time but it could plague islands and ships in the Caribbean.

“We will have to monitor the situation in the next couple of days to see where it develops in order to know more if it remains at sea,” said Maria Torres, a spokeswoman for the US National Hurricane Center.

Only three North Atlantic storms have been named this year. Hurricane Bonnie was the worst of the trio but it was only a tropical cyclone until it made the crossover from the Atlantic to the Pacific Ocean, the first to do so since Hurricane Otto in 2016.

Tropical Storm Colin, the most recent named storm, dissipated during the 4th of July weekend.

“So far this year, the atmosphere has been dry which has contributed to a slower season,” said Rayno. “But there is still plenty of time for severe weather to form.” 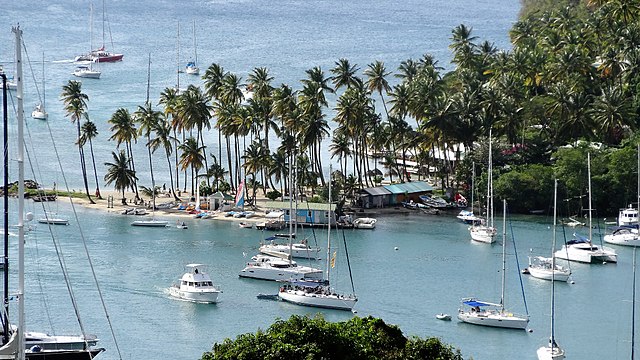