Anchorage is Alaska’s most populous city and contains 39.37% of the state’s population. The city is on a strip of coastal lowland and extends up the lower alpine slopes of the Chugach Mountains. Point Campbell, the westernmost point of Anchorage on the mainland, juts out into Cook Inlet near its northern end, at which point it splits into two arms. To the south is Turnagain Arm, a fjord that has some of the world’s highest tides. Knik Arm, another tidal inlet, lies to the west and north. The Ted Stevens Anchorage International Airport is the world’s fourth busiest airport for cargo traffic. The Port of Anchorage receives 95 percent of all goods destined for Alaska. Ships from Totem Ocean Trailer Express and Horizon Lines arrive twice weekly from the Port of Tacoma in Washington. Located next to Town Square Park in downtown Anchorage, the Alaska Center for the Performing Arts is a three-part complex that hosts numerous performing arts events each year. Anchorage is a premier cross-country skiing city, in terms of density of groomed trails within the urban core. There are 105 milesof maintained ski trails in the city, some of which reach downtown.

This article uses material from the Wikipedia article: https://en.wikipedia.org/wiki/Anchorage,_Alaska which is released under the Creative Commons Attribution-Share-Alike License 3.0

There are no photos for this harbor. Have a great shot?
Upload It Here 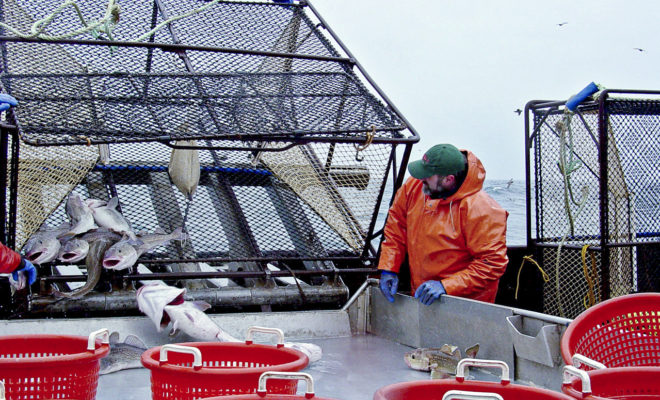 By Kavitha George. In an unprecedented response to historically low numbers of Pacific cod, the… END_OF_DOCUMENT_TOKEN_TO_BE_REPLACED