Anchorage is Alaska’s most populous city and contains 39.37% of the state’s population. The city is on a strip of coastal lowland and extends up the lower alpine slopes of the Chugach Mountains. Point Campbell, the westernmost point of Anchorage on the mainland, juts out into Cook Inlet near its northern end, at which point it splits into two arms. To the south is Turnagain Arm, a fjord that has some of the world’s highest tides. Knik Arm, another tidal inlet, lies to the west and north. The Ted Stevens Anchorage International Airport is the world’s fourth busiest airport for cargo traffic. The Port of Anchorage receives 95 percent of all goods destined for Alaska. Ships from Totem Ocean Trailer Express and Horizon Lines arrive twice weekly from the Port of Tacoma in Washington. Located next to Town Square Park in downtown Anchorage, the Alaska Center for the Performing Arts is a three-part complex that hosts numerous performing arts events each year. Anchorage is a premier cross-country skiing city, in terms of density of groomed trails within the urban core. There are 105 milesof maintained ski trails in the city, some of which reach downtown.

This article uses material from the Wikipedia article: https://en.wikipedia.org/wiki/Anchorage,_Alaska which is released under the Creative Commons Attribution-Share-Alike License 3.0

COASTAL NEWS FOR JULY Updates from US Harbors In August we honor the dedication and courage of the United States Coast Guard. The Coast Guard traces its founding to an act of Congress on August 4, 1790, which is why on this day we celebrate the courageous work of these service… END_OF_DOCUMENT_TOKEN_TO_BE_REPLACED

By NOAA. Today, NOAA Fisheries is releasing its draft Ropeless Roadmap: A Strategy to Develop On-Demand Fishing for public input. The report describes the current state of on-demand, or “ropeless,” fishing and outlines a path for increasing adoption of this technology in commercial fisheries in the Northwest Atlantic Ocean. The Roadmap… END_OF_DOCUMENT_TOKEN_TO_BE_REPLACED

By Boat Safe. Although you may never see them displayed except at fleet parades, around naval installations, and areas with heavy international shipping traffic, International code flags are used to signal between two ships or between ship and shore. Also called signaling flags, they are a set of ship flags… END_OF_DOCUMENT_TOKEN_TO_BE_REPLACED 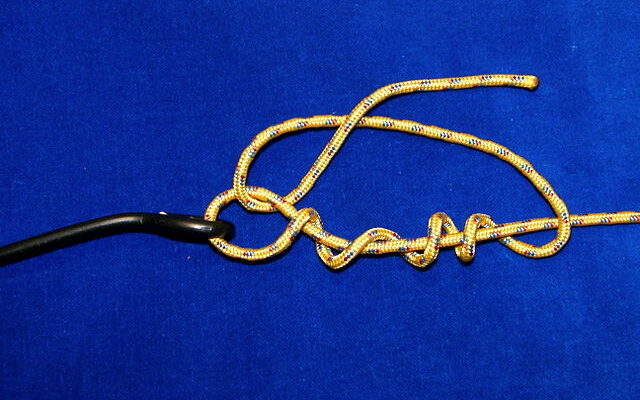 5 Best Fishing Knots of All Time

By Salty Scales. Knowing how to tie your fishing knots properly is one of the most crucial skills an angler should have. Novice anglers often bank on the most commonly known overhand knots. But an experienced angler never embarks upon a fishing expedition with such limited knowledge. It does not… END_OF_DOCUMENT_TOKEN_TO_BE_REPLACED

Image by Dennis Larsen from Pixabay

Small Craft Advisory issued August 16 at 3:37AM AKDT by NWS