Boating, Fishing, and Travel Information for Seaside, Necanicum River, OR

The Necanicum River is a river on the Pacific coast of northwest Oregon in the United States, approximately 21 miles (34 km) long. It drains a timber-producing area of the Northern Oregon Coast Range northwest of Portland. It forms the first estuary south of the mouth of the Columbia River along the Oregon Coast, reaching the Pacific Ocean at Seaside in Clatsop County.

Things to do in Seaside

Ecola State Park
The 1,023-acre park is probably best known for its rugged beauty and scenic vistas—some of which have been featured in movies such as The Goonies, Point Break and Twilight! The park offers views of sea stacks punctuating the shoreline to the south, forested headlands, a historic lighthouse and pristine beaches. Find out what to see and do in Ecola State Park here.

This article uses material from the Wikipedia article: https://en.wikipedia.org/wiki/Necanicum_River, which is released under the Creative Commons Attribution-Share-Alike License 3.0.

Hyper-local Stations to Provide Real-Time, Observational Data on Sea-Levels for 5 Coastal Towns Rockland, Maine -- US Harbors, in partnership with Divirod, a data and technology company, is launching a pilot program in Penobscot Bay, ME to test a new technology for water-level sensing. NOAA currently maintains 200 live, observational tide… END_OF_DOCUMENT_TOKEN_TO_BE_REPLACED

For the latest fishing news for Oregon, click here.

Tropical tuna in the eastern Pacific Ocean gained renewed protections and science-based catch levels under resolutions advocated by the United States. They were adopted by the Inter-American Tropical Tuna Commission at its virtual meeting in October. The IATTC also established a framework for foreign fishing vessels to face spot inspections when they… END_OF_DOCUMENT_TOKEN_TO_BE_REPLACED 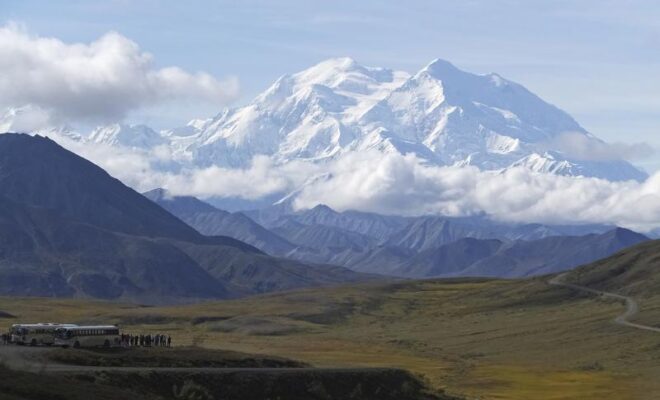 By Becky Bohrer. JUNEAU, Alaska (AP) — A federal agency is proposing a large steel bridge along a section of the only road that runs through a premier national park in Alaska — a stretch that officials say has been rapidly slumping amid changes in the climate. About half the… END_OF_DOCUMENT_TOKEN_TO_BE_REPLACED