All tall ships are awesome to behold, but there’s something extraa special about the Eagle. The 295’ training ship for the U.S. Coast Guard is the largest sailing ship flying the American flag — and next year it’s going to be all over the East Coast.

Beginning in April in New Orleans, the ship will join the OpSail tour commemorating the bicentennial of the War of 1812. It’ll make its way east and then north, stopping in Florida, Georgia, and New York before backtracking a bit and visiting Virginia and Maryland. By July Eagle will be back in its home waters of New England and will make stops in Connecticut, Massachusetts, Maine, Rhode Island, and even as far north and east as Halifax, Nova Scotia.

The tall ship, originally commissioned in 1936 as Horst Wessel by the German Navy but later taken by the U.S. as reparations for World War II, is currently in drydock in Baltimore, Maryland. She is expected to be relaunched later this year and will spend the winter at her homeport of New London, Connecticut. Eagle, which flies 23,500 square feet of sail and is rigged as a barque, has served as a floating classroom for future Coast Guard officers since 1946. It has a permanent crew of six officers and 50 enlisted personnel and takes up to 150 trainees on its annual cruise. 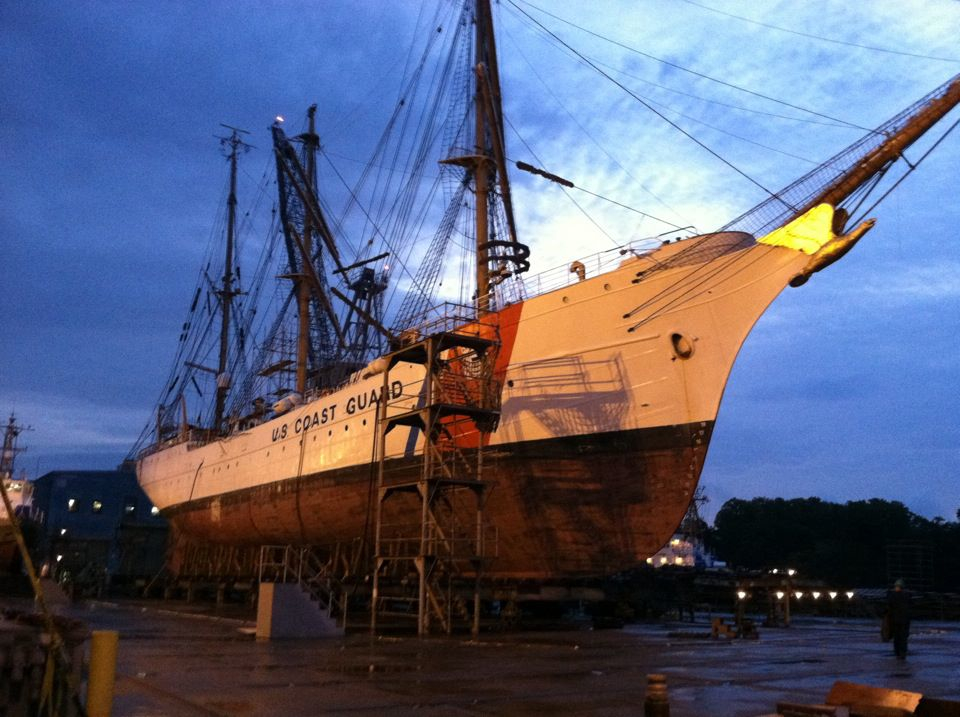 Posted October 20, 2011 by US Harbors & filed under Boating, Culture, Travel.

Photos of Tall Ship Eagle Prepares for a Busy 2012 Schedule 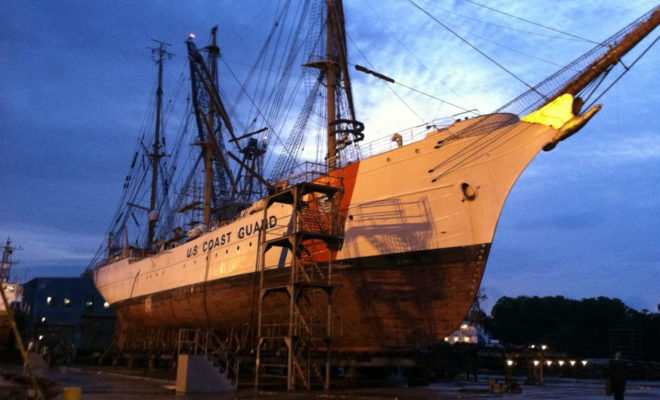