In two days, Wayfarer Marine has done something that not many other boatyards, if any, have done: launched a Fife one day and hauled another the next.

Belle A’venture was first to go in the water after a brief period in the shed to wood the hull, paint the topsides, and install a new eco-friendly bottom paint. Belle A’venture was built in 1929 and is 94’ LOA, including a bowsprit.

This afternoon, Sumurun was hauled for her time in the shed, where she will have new topsides and bottom paint as well. Sumurun is 94’ LOA and was built in 1914.

Both of these classics have been repeat customers to Wayfarer in the years past. Sumurun has been a customer for nearly twenty years and has done several major refits over the years. The most major was in 2005, when the yacht had a new teak deck and deck beam replacement completed. She went on to win the Rolex Transatlantic Race the following summer.

We’re very proud to be able to work these two yachts and uphold the traditional ways to which they were built. 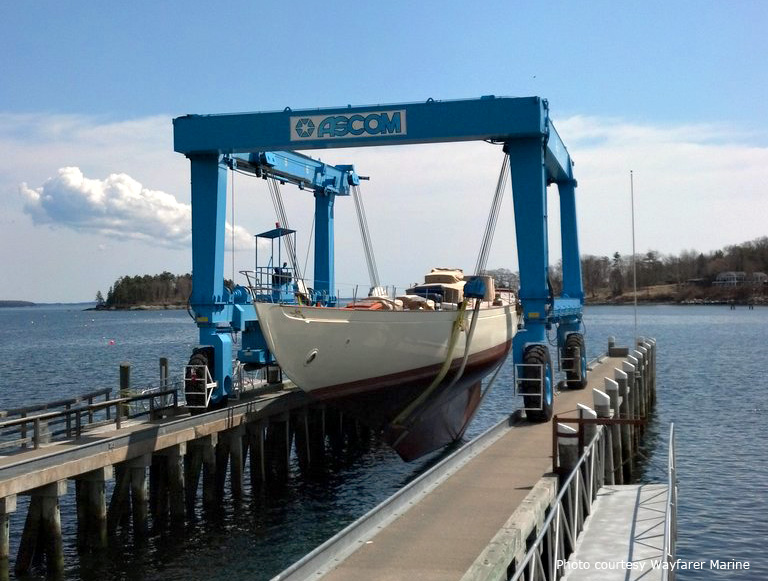 Sumurun, one of the most famous of the Fife yachts in existence today, is hauled one day after her sister Fife was relaunched.

Sumurun, one of the most famous of the Fife yachts in existence today, is hauled one day after her sister Fife was relaunched.