Robinhood Marine Center has never been afraid to diversify its offerings, as evidenced by the two unique houseboats the boatyard has created over the past two years and now offers for overnight guests. This past winter, Robinhood crews decided not to build another houseboat, but instead to completely transform a 21′ former yacht club launch into a smart little trawler for rental guests to use.

Gordon Reed, yacht service manager at Robinhood, says a client was getting rid of the launch last fall and Reed recognized its potential. “The impetus for this was the realization that many of our houseboat renters want to explore a bit farther afield, places that might be a bit too far for our skiffs and kayaks,” Reed says. “With this, they can run over to Boothbay or up to Bath, for instance.”

The new trawler began its life as a Crosby 21 motor launch, a versatile design that draws just two feet of water and is easily powered by a forty-horsepower Perkins 4-108 diesel. Reed says crews gutted the launch, built a new wheelhouse made of Divinycell and fiberglass, and added a small head near the bow of the boat. The Perkins diesel had been recently rebuilt and was simply reinstalled after work was completed.

The new trawler will be available for half- and full-day rentals, Reed says.

Reed says it’s important for Robinhood to remain flexible and able to take on all types of new projects, and the trawler conversion project adds another unique craft to Robinhood’s offerings for overnight and short-term guests. 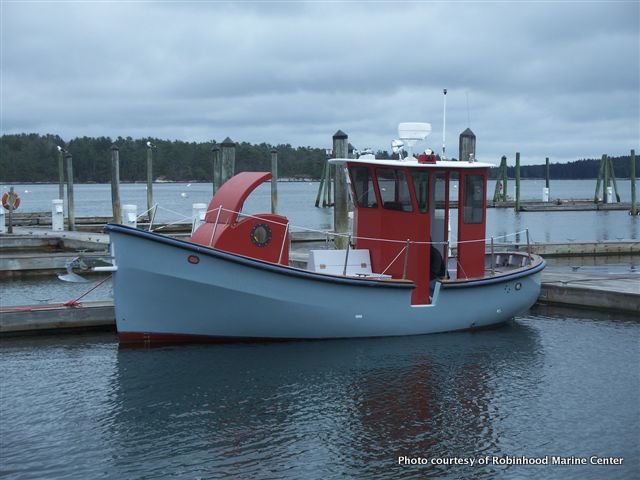 Photos of Yacht Club Launch Reborn as a Trawler 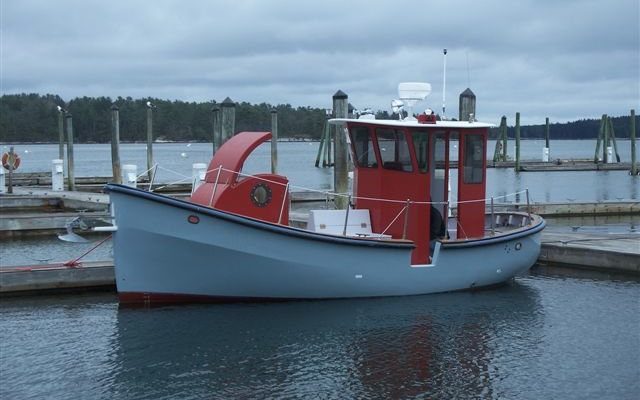