Tall Ships, and a Bit of Nature, Spotted in Savannah 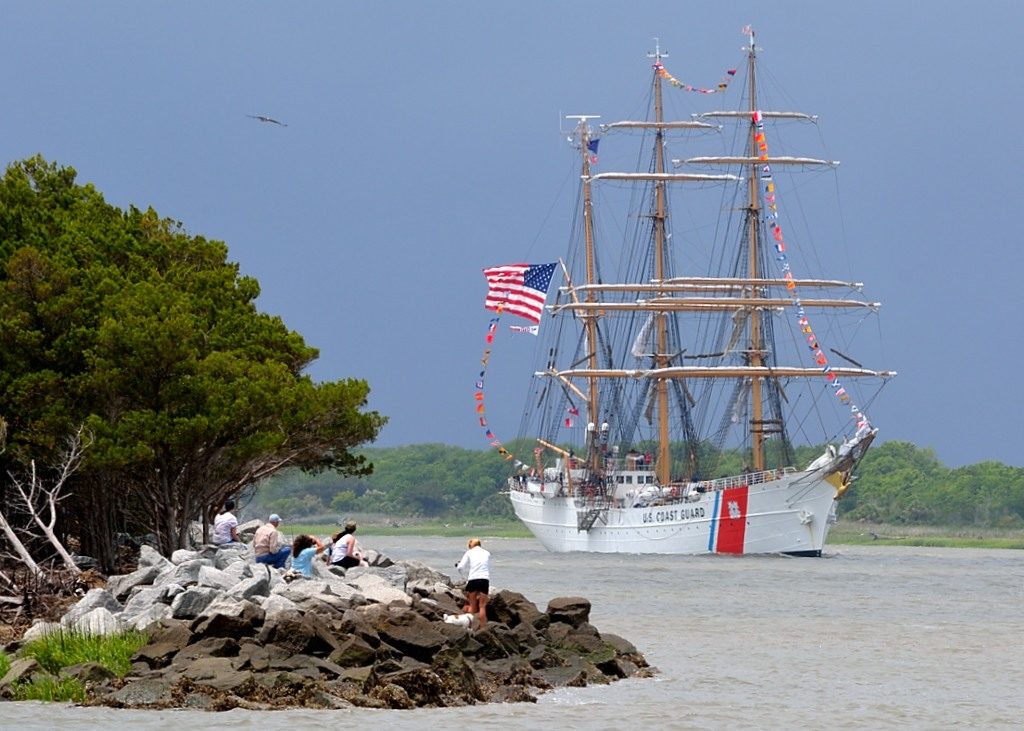 The US Coast Guard's EAGLE.

Tall ships made a visit to Savannah at the beginning of May 2012. We didn’t make it to board the ships, but we decided to watch them leave. Daughter Megan, wife Pam, and I hopped in the ’56 Thunderbird and drove to Fort Pulaski, which is right on the Savannah River. Many other people had the same idea and the parking lot was packed.

We’d never been to Fort Pulaski, but a quick check of the brochure showed a gun emplacement on the river, so that’s where we went. It’s very pretty at Fort Pulaski, with shaded walking paths along the Savannah River. We found a nice place with a good view and parked ourselves to wait. And wait. And wait.

I can’t sit still with a camera. I started taking photos of everything the least bit interesting, and the longer I sat, the more interesting mundane things became, like this diving pelican. I love pelicans.

Pam must have gotten bored too, because she started looking for shells. She was joined by a Jack Russell Terrier who wanted to see what she was doing.﻿

I took an interest in a brightly dressed pretty little girl and whom I am assuming is her grandma, equally photogenic. They made a great pair and a fun subject to photograph. Grandma was showing grandaughter how to make a sand castle.

Where are those tall ships anyway? Hey look, a stork! Apparently on his way back from a delivery.

At this point, I even resorted to stalking a tiny crab, who had the unique ability to run away from me while turning his eyeball stalks backwards to watch me.

And then there they were! Here came the first one! It was the US Coast Guard’s Eagle. And, believe it or not, if you look closely, you will see an eagle flying just to the left of it. (OK, it’s really a seagull, but how cool would it be if it was an eagle?)

Without further rambling on from me, I present the tall ships…

And then they were gone…

Posted May 29, 2012 by Jacquelines Bridal & filed under Boating.

Photos of Tall Ships, and a Bit of Nature, Spotted in Savannah 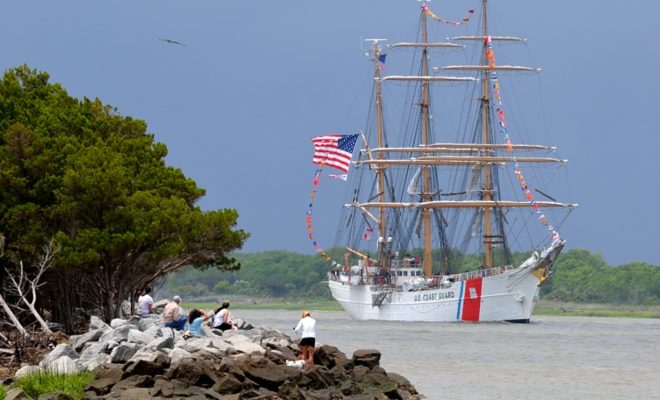 The US Coast Guard's EAGLE.