Landing in a Blitz of Bluefish at the RI Shore 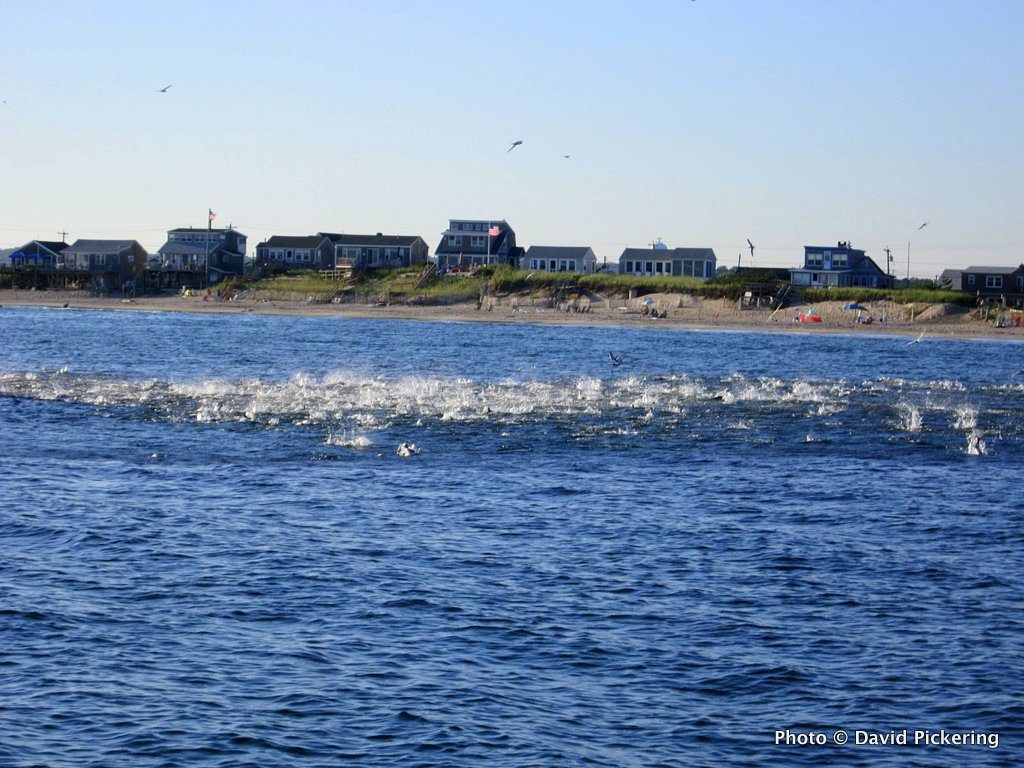 The bluefish were rampaging by the millions during my visit to the shore this week.

I hit the biggest bluefish blitz of all time that I have ever seen in July on Monday. Bluefish by the millions were rampaging through bait along a popular Rhode Island south shore beachfront. They were out far, in close, and in the wash. At times they were on the side, in front and even in back of swimmers who were in the water. I saw schools the size of football fields just boiling in a froth, devouring massive schools of bay anchovies. This went on for the three hours I fished in the evening. I spoke with other fishermen who claim this has been going on for the past three days non-stop.

By the end of the evening I landed more than fifteen bluefish that ran from 3-5 pounds. These aggressive fish would slam any artificial that was thrown their way, with poppers catching most of my fish. The schools were so thick that if you threw a lure into the froth of boiling fish, you would be cut off immediately. There were that many!

I could have caught tons more if I chose to run down the beach chasing the schools that were moving along. Instead, when there were no blues breaking in front of me, I snapped on a bucktail jig and landed one fluke after another as they, too, were along the bottom chasing bait. I landed over a dozen fluke doing this.

In the past, July has not been a big bluefish month. It’s starting real early this year. What I saw yesterday only confirms what I have been saying all along: This will be a real big year for blues. However, in all the mayhem I saw yesterday, not one striper was caught. 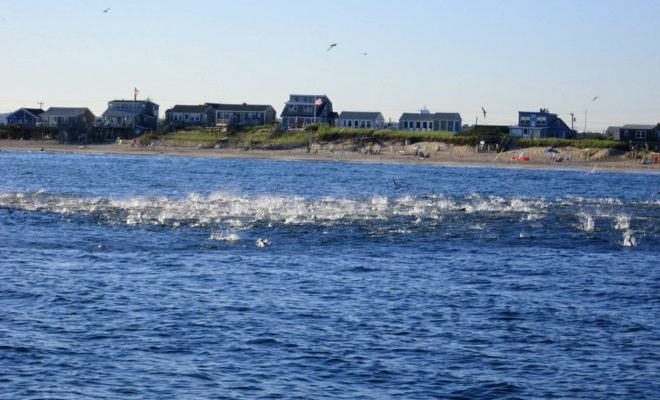 The bluefish were rampaging by the millions during my visit to the shore this week.