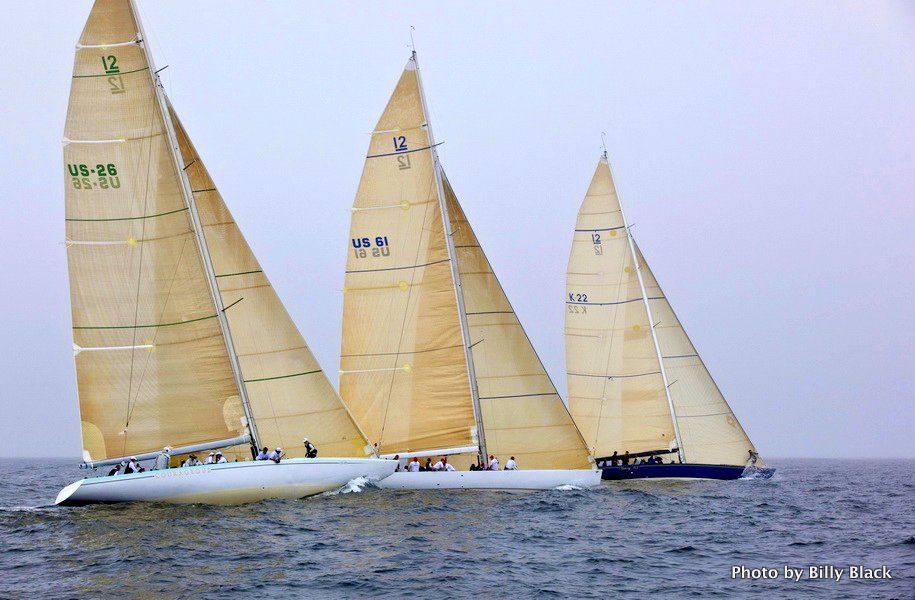 America’s Cup history will repeat itself this week when the 2012 12 Metre North American Championships feature two of sailing’s most famous skippers, Ted Turner and Dennis Conner, reuniting with their winning tacticians, Gary Jobson and Tom Whidden, respectively. Turner, an American media mogul and philanthropist who is also an America’s Cup Legend, will sail American Eagle, a yacht in the America’s Cup Charters fleet, in the Traditional Division at the regatta, while Conner, affectionately known as “Mr. America’s Cup,” will sail KZ-7 (Kiwi Magic) in the Grand Prix division.

America’s Cup Charters will also have Weatherly, skippered by George Hill, as another entry in the regatta.

The three-day regatta takes place September 21-23 in Newport, with racing starting each day at 11 a.m. on Rhode Island Sound, where the Cup races were staged from 1930 until 1983. The nine participating 12 Metres will be berthed at Bannister’s Wharf, reminiscent of the glory days when America’s Cup legends roamed the docks there after racing each day.

Turner has won the 12 Metre North Americans for the last two years here, sailing American Eagle as he did in the late ‘60s and early ‘70s to win most of the world’s greatest ocean races with her. His performance in 2011 earned him first place in the Traditional Division as well as the Pine Brothers Trophy for Best Overall Performance.

“It’s a great thrill to reconnect with my long-time friend Ted Turner,” said Gary Jobson, who served as tactician for Turner when Courageous handily beat Australia to win the 1977 America’s Cup. “Ted is one of the heroes of our sport. He retired many years ago, but when he is on the water his competitive drive continues.” About Conner, Jobson added: “Dennis Conner is one of the most successful American sailors of all time. Any time he is on the water he has a way of lifting every competitor’s game.”

Conner, a four time America’s Cup Winner (1974, ‘80, ‘87, ‘88), will have an impressive crew aboard KZ-7 (Kiwi Magic), which is currently owned by the U.S. Merchant Marine Academy (USMMA) Foundation. Whidden, one of the most experienced America’s Cup sailors in the world, has campaigned with Conner for three of Conner’s America’s Cup victories (1980, 1987 and 1988), while three other crew members have also sailed with Conner during various America’s Cup campaigns: Jerry Kirby (2003), Dave Kulver (’92, ’95) and USMMA Foundation President Ralf Steitz (’92, ‘95). (Also sailing with the team will be Michel Maeder, who sailed with Baron Marcel Bich in 1980.)

“This will be Kiwi Magic, powered primarily by Stars & Stripes,” said Steitz, recognizing the irony that during the Louis Vuitton Challenger series held in Fremantle, Australia, during 1986/’87, Conner had challenged the fairness of KZ-7’s fiberglass hull against the slower aluminum hulls being used at the time. “We will, of course, also have five USMMA midshipmen sailing as part of the fifteen-man crew. It’s great to give these young people an opportunity to sail with these great legends in our sport, these America’s Cup notables who also are truly among the greatest sailors in the world.”

Photos of Turner, Conner Return to 12-Meter Yachts in RI 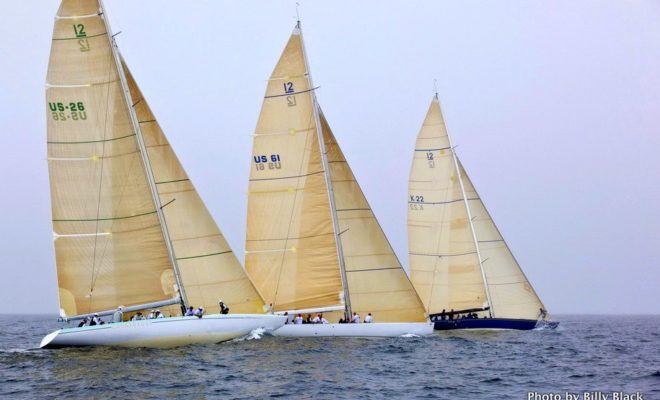