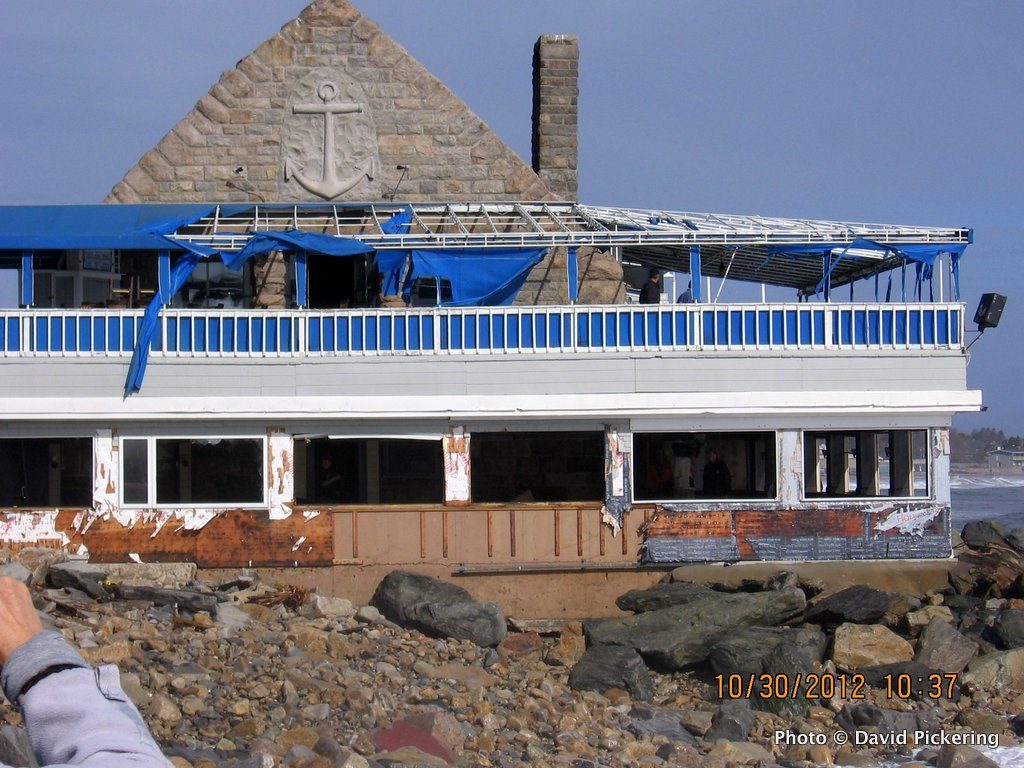 My brother Steve went down to Narragansett and the south shore to check out the damage on Tuesday, October 30. He checked out many of the fishing areas. Just about everywhere is either a mess or destroyed. Many of the roads along the beaches are impassible due to sand, rocks, erosion and debris. Police as well as the National Guard are keeping everyone out and in most places you can’t even get a look.

Here is what he found in the areas he could get into:
*The East Wall, or Camp Cronin parking lot, in Gansett is completely destroyed. It is littered with huge rocks and almost completely eroded. One-ton rocks were just lifted into the lot as if they were pebbles. The sandy beach to the right of the wall is gone and only rocks remain.

*The road going into East Matunuck Beach is all sand and rocks. It has been plowed and has only a one-car lane. Many of the buildings, piers, and businesses along the Galilee Channel in East Matunuk sustained heavy damage.

*The lawns from those million-dollar homes along Hazard and Newton Ave. are full of debris from the hurricane waves which reached in that far.

*The road going into Charlestown Breachway was closed and being patrolled by the National Guard. The road has been destroyed and homes damaged. I suspect the camping area and lot is destroyed.

* Matunuck is a mess. The road was flooded and several homes were lost along there. The road along the beach has been closed.

So, if you think you are going to get down there to fish anytime in the near future, think again. It could be weeks before the oceanfront gets somewhat back to normal. And, by the way, the waves were still huge on Tuesday.

Photos of Storm Scenes: Destruction on the Rhode Island Shore 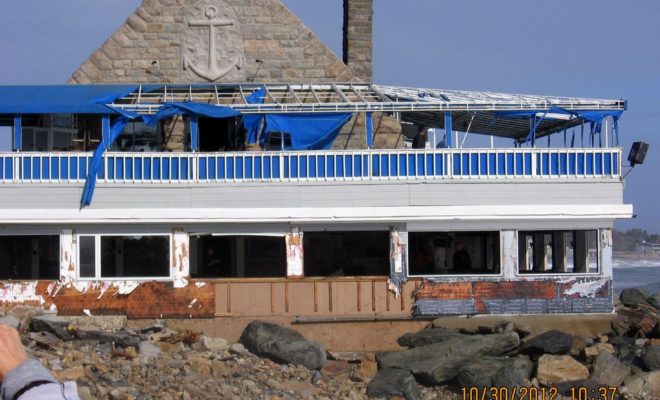