Purposefully built of cold steel and powered by massive engines, tugs are about as far from a yacht as you can get. And yet when a new tugboat goes down the ways at Washburn & Doughty in East Boothbay it is as much an intimate celebration as the launch of any sloop, yawl,or powerboat.

The new tug is the latest in a series of tugs built for Moran (twenty-six to date) by the Maine shipyard — a collaboration that is as much about cold welded steel as it is all the families behind these remarkable vessels. 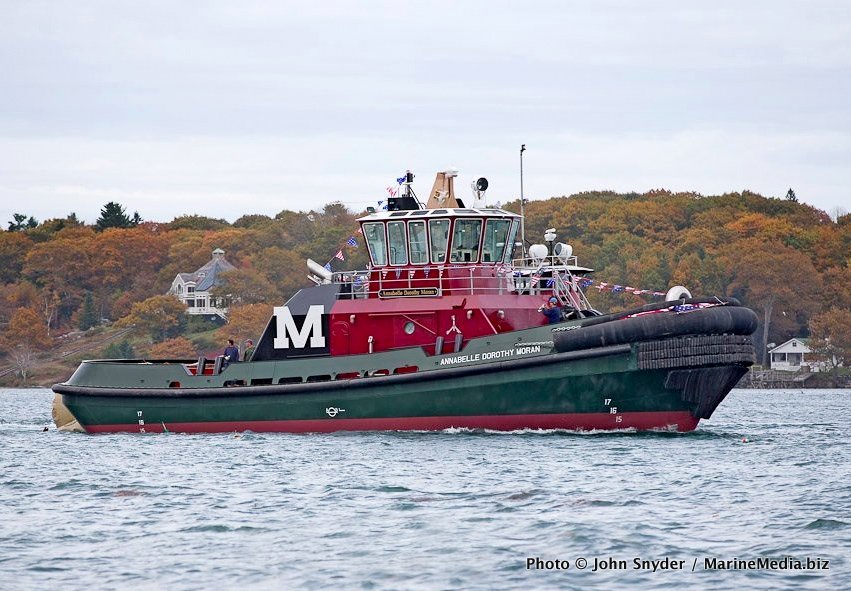 Shortly after launch, ANNABELLE DOROTHY MORAN is towed to her berth at Washburn & Doughty for completion.

Photos of Tugboat Launch a Family Affair in East Boothbay 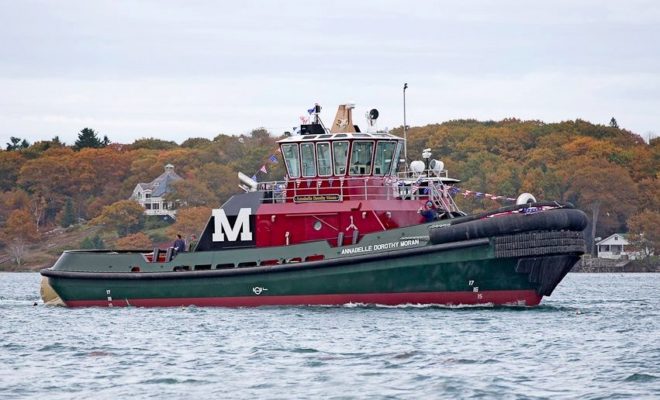 Shortly after launch, ANNABELLE DOROTHY MORAN is towed to her berth at Washburn & Doughty for completion.