Etchells racers from all over the country converged at the Portland Yacht Club in Falmouth on September 20, 21, and 22 to compete in the 1st Annual Etchells Lobster Bowl. The regatta was a world qualifying race for the 2014 Etchells World Championship Regatta, June 2014 in Newport, Rhode Island.

If you live in Maine you know the saying “wait a minute, and the weather will change” and the saying came true, including light, variable winds on Friday, clouds, fog and 12 to 18 knots on Saturday, and a beautiful bright fall day on Sunday with a light to moderate SW wind.

Racing highlights included a delightful Saturday night Maine Lobster Bake, featuring fresh Maine Lobster, clams, locally grown corn, and potatoes. The lobsters were cooked in seaweed over an open wood fire at the yacht club and eaten while enjoying beautiful views of Casco Bay. The racers espeically enjoyed the “Rising Tide Beverage Boat” who visited the tired, thirsty racers at the end of each day of racing.

On Sunday, after de-rigging, the racer’s enjoyed a fun BBQ and awards ceremony on the pier at Handy Boat, in Falmouth.

Awards included:
1) The Corinthian Trophy, recognizing the Top Finishing all amateur team, went to Lion Heart, skippered by Steve Girling.
2) The Generations Trophy was presented by the most senior competitor in the event, Patricia Stadel, to the race team with the youngest member of the fleet, More Cowbell, with crew members Audrey Morin and Anna Morin, both high school-aged sailors.
3) In the hotly contested Heritage Division, open to all boats with hull numbers 900 and below, third place went to Daniel Brouder and his crew in hull number 3, Hustler. Second went to Foto Finish, skippered by Scott Thomas, and to culminate a terrific regatta, the first awarded Heritage Division Champion was Chris Morin, skippering hull #50, More Cowbell, and his terrific crew of wife, Becki, and daughters Audrey and Anna.
4) Overall, third place went to Annie, skippered by Gary Gilbert; second to LionHeart, skippered by Steve Girling, and the overall winner of the first annual Lobster Bowl regatta was Riva, skippered by Wade Edwards and his able crew of Ben and Tim.

As the awards BBQ closed, every competitor had a smile on his or her face. All agreed they would be back next year, because Three Days of Wicked Fast Maine Sailing and Eating Lobster is a great way to have fun in Maine in September! 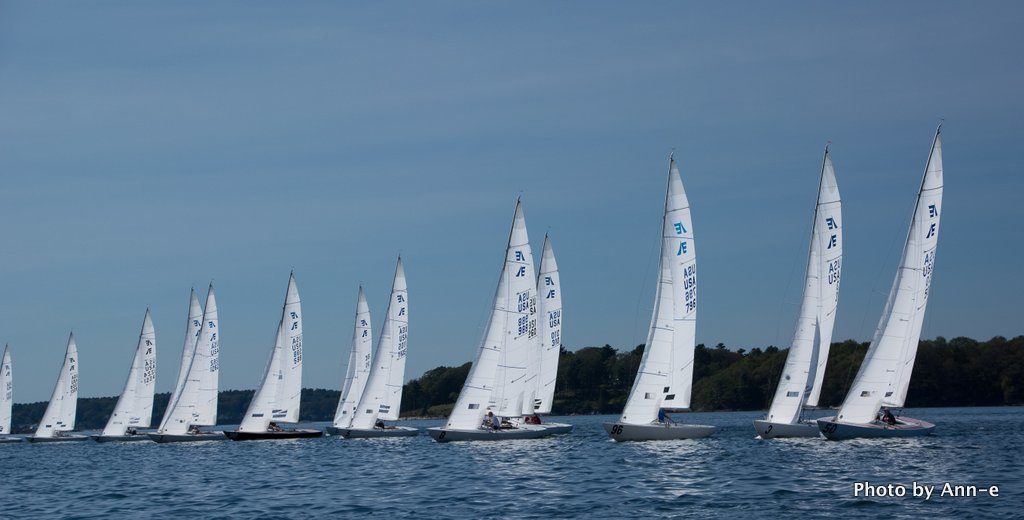 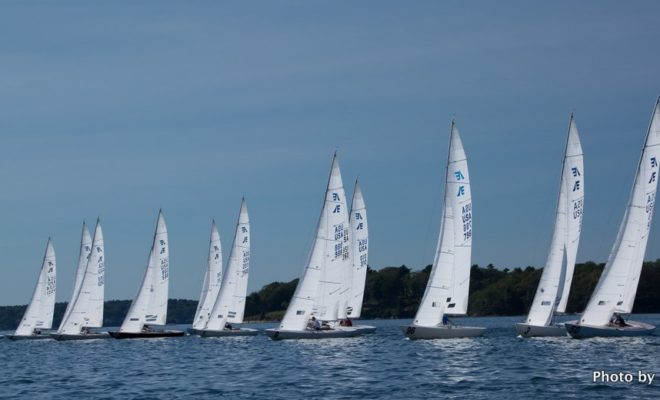