It’s no secret that Maine’s harbors are filled with lovely boats. Maine’s boatbuilders have always had an eye for a graceful sheerline and even Maine’s fishing fleet has a certain flair. But where did that “look” come from? There have been many influences, of course, but one name comes quickly to mind: Herreshoff. The family’s influence on the America’s Cup is legendary, but with “The Genius of Herreshoff,” the annual Maine Boats, Homes & Harbors Show in Rockland will pay special tribute to a much smaller creation, the Herreshoff 12½.

This much-beloved daysailer, which turns 100 years old this summer, has influenced many offspring: the fiberglass Bullseye (a 12½ with a little cuddy); the Haven 12½ (the Joel White-designed centerboarder); the Paine 14 (a new creation from Chuck Paine); and Classic Boat’s Pisces 26, among many others, including Herreshoff designs re-imagined by the likes of Bristol Boat Co. and Cape Cod Shipbuilding. Many examples will be on display at the show, from a sprinkling of Herreshoff 12½s in wood and glass to some equally lovely siblings, such as the Buzzards Bay 25 and the Newport 29.

As always, the show docks will be filled with all sorts of beautiful sail and powerboats. What should not be overlooked are all the smaller craft that will be at the show. Some exceptional places can best be explored by rowboat, kayak, outboard, or paddleboard. These are craft that can fit into an average budget, be stored in a garage and transported atop a car, and look good doing it. There’ll be boats on land and in the water, plus several exhibitors will be bringing an assortment of demonstration boats, so show attendees can try some of their favorites on for size.

Come meet the builders and owners of boats small and large, glass and wood, Herreshoff-influenced and outside the box. The 2014 Maine Boats, Homes & Harbors Show will be held August 8-10 on the waterfront in Rockland, Maine. Gates open at 10 a.m. 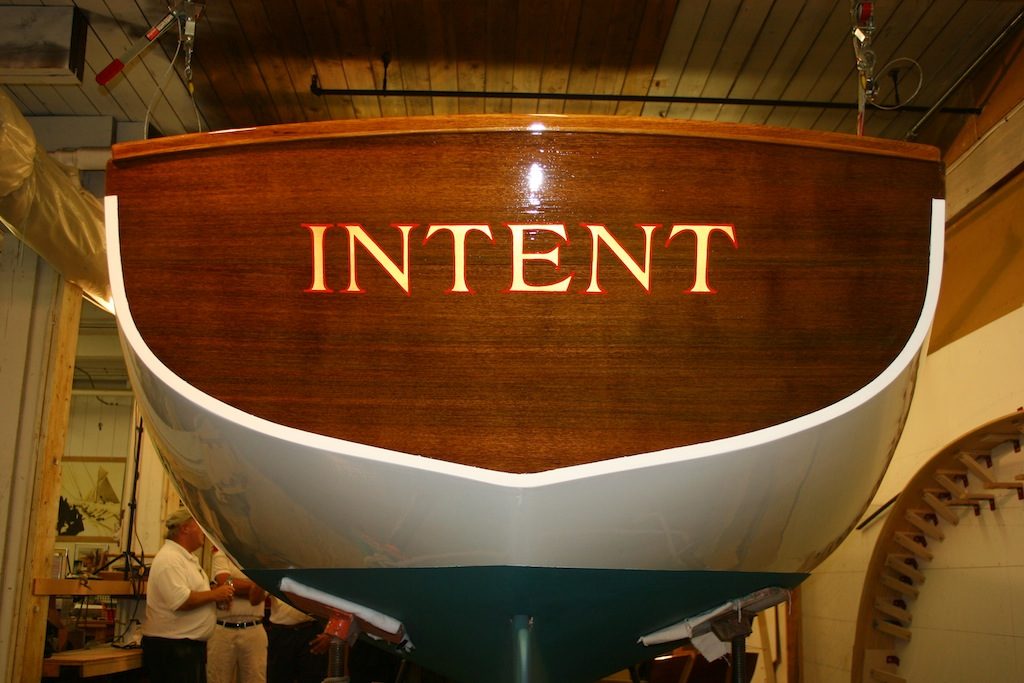 Graceful transoms are a Herreshoff hallmark

Photos of Rockland Show Honors the “Genius of Herreshoff” 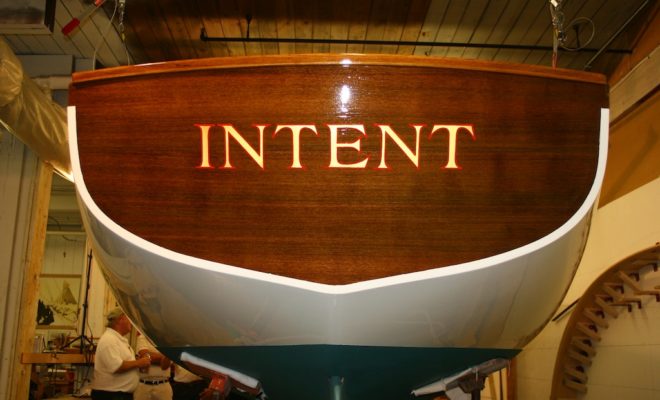 Graceful transoms are a Herreshoff hallmark 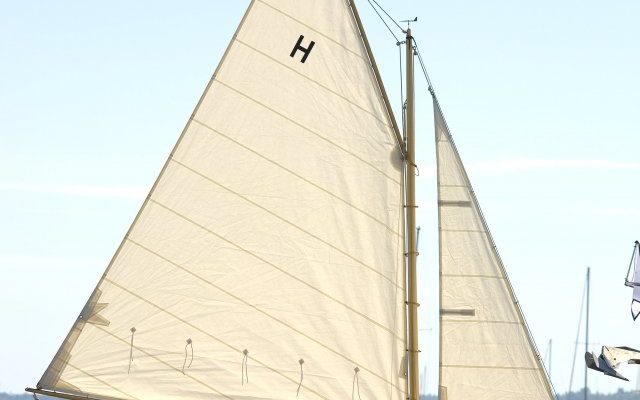 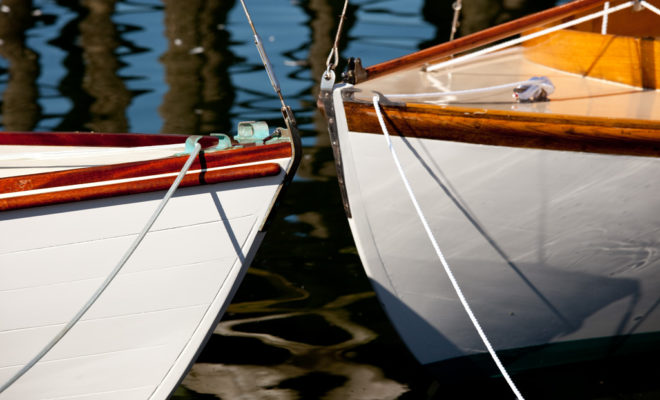 This creation by Artisan Boatworks is Herreshoff through and through. Photo by Jeff Scher. 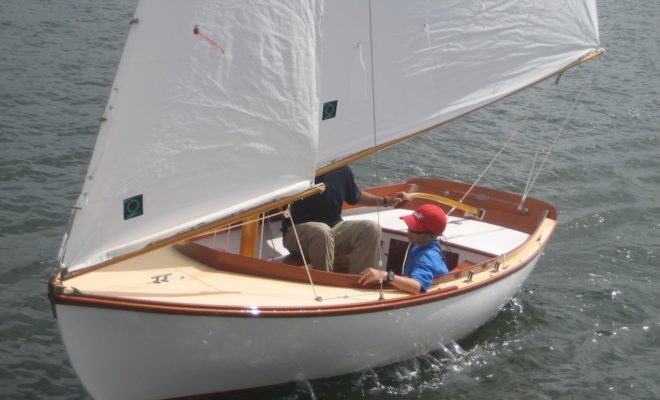 Every sweet Herreshoff sheer starts with a fine entry. Photo by Jeff Scher. 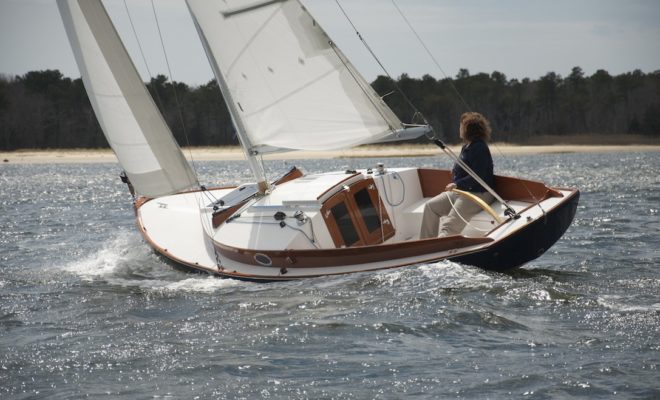 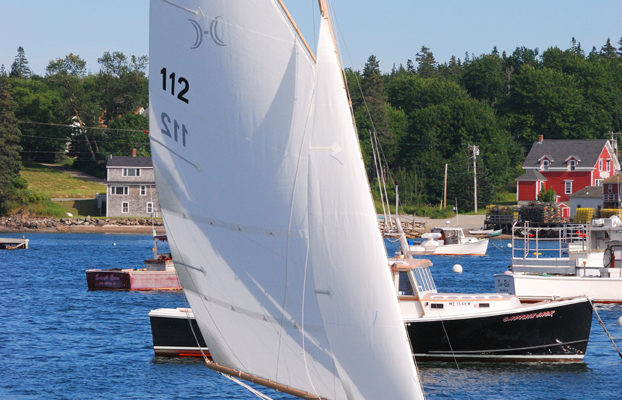 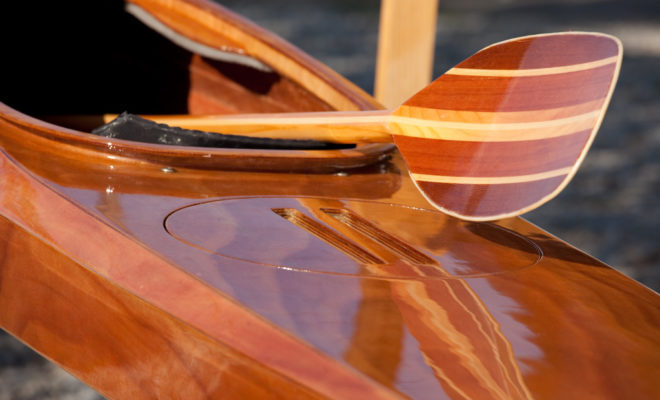 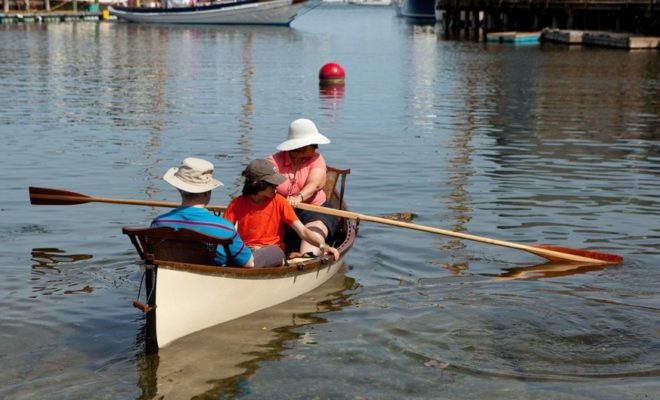