Volvo Ocean Race Delivers On Its Promise in Newport

That’s a wrap! After 12 days of fun in Newport , the Volvo Ocean Race restarted on May 17 with a giant flotilla of pleasure boats escorting the six racing yachts out of Narragansett Bay. The sight of such cutting-edge sailing machines passing by Castle Hill was unlike anything that’s been seen in Newport since 1983, when the America’s Cup left the City by the Sea.

USHarbors’ friend Tyler Fields, a talented maritime photographer based in Cataumet, Massachusetts, was on the water for the sendoff and shared his great action shots. These Volvo Ocean Race sailors are professional athletes — but you can tell that they had fun in Newport ! 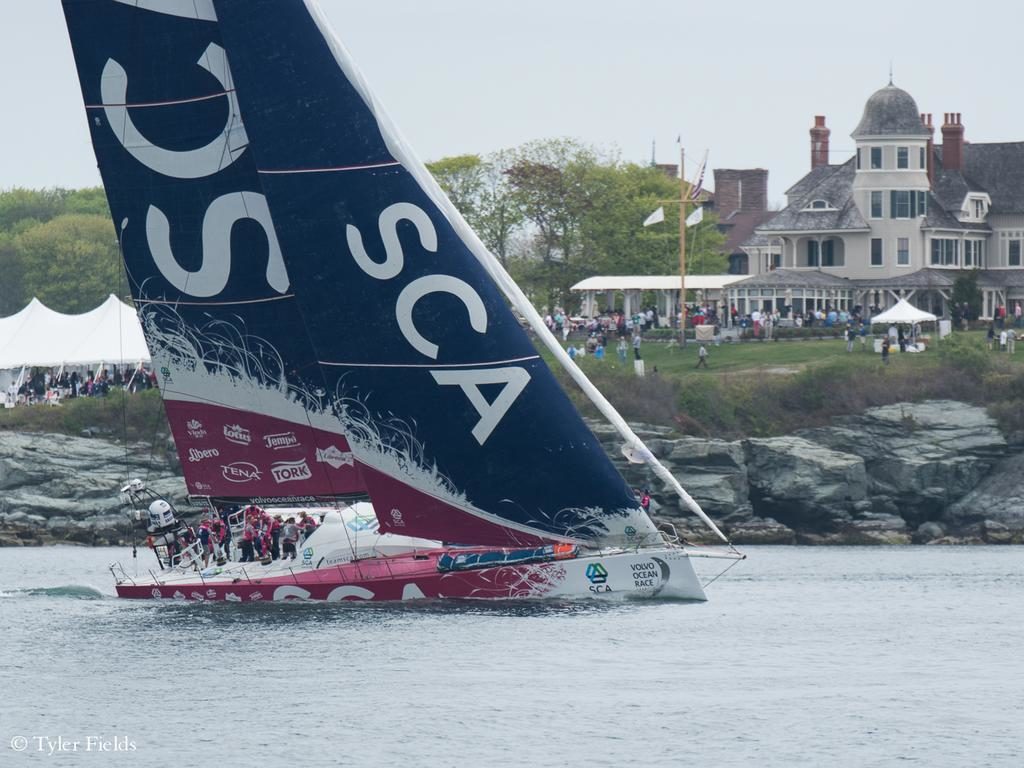 The all-women crew on Team SCA make their way past Castle Hill.

Photos of Volvo Ocean Race Delivers On Its Promise in Newport 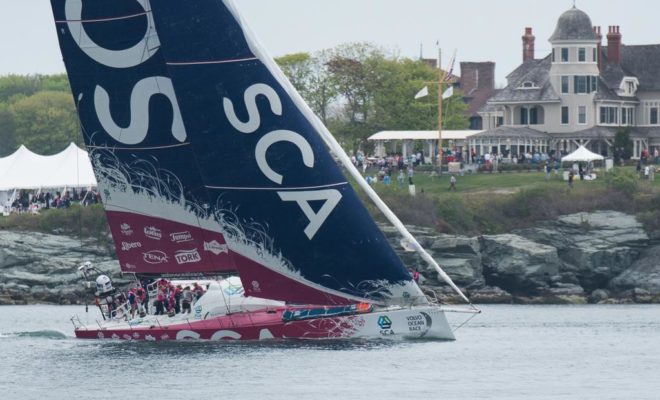 The all-women crew on Team SCA make their way past Castle Hill. 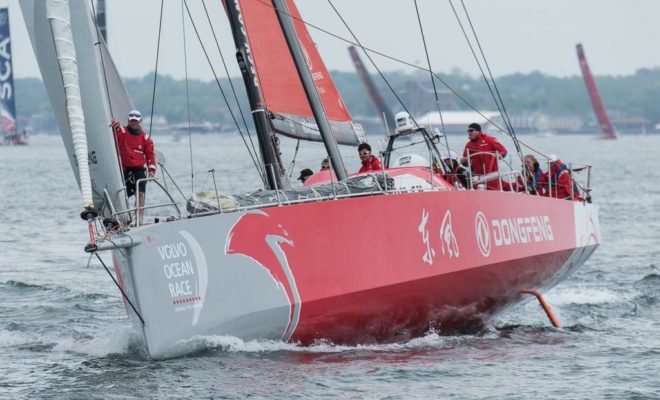 The multinational crew aboard Dongfeng has proven to be a fierce competitor, even after losing their mast on Leg 5. 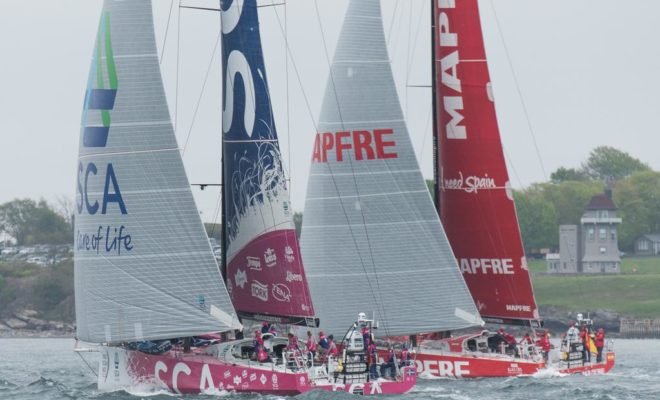 Ocean racing has become long-distance match racing, thanks to the one-design rule for Volvo Ocean 65s. 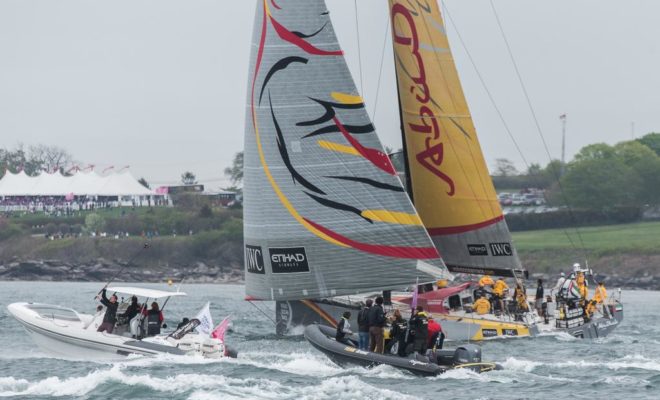 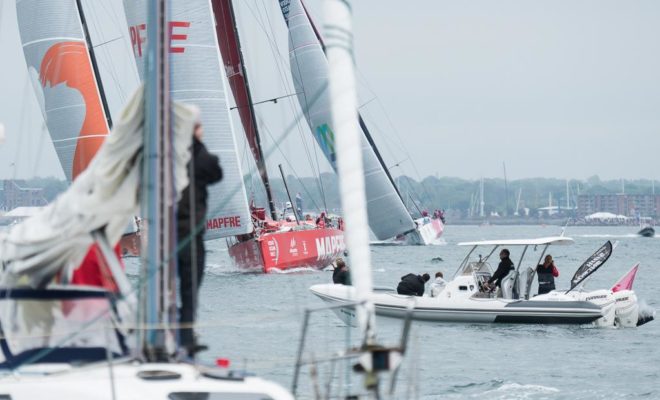 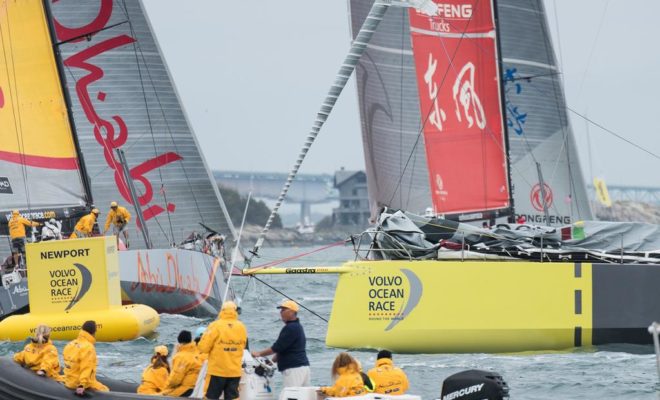 The turning marks were well-situated to provide great viewing for spectators. 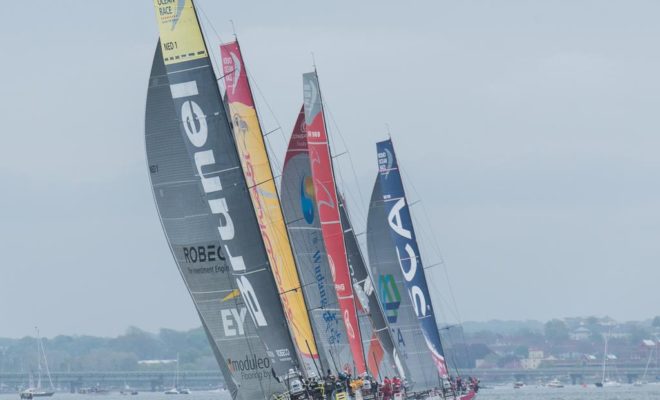 The power of these ocean racing giants is impressive, and the skill of their crews even more so. 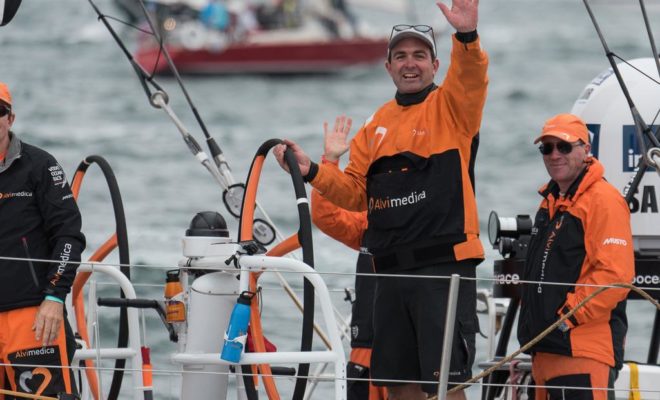 The hometown hero, Charlie Enright of Bristol, waves after taking second place in the in-port race. 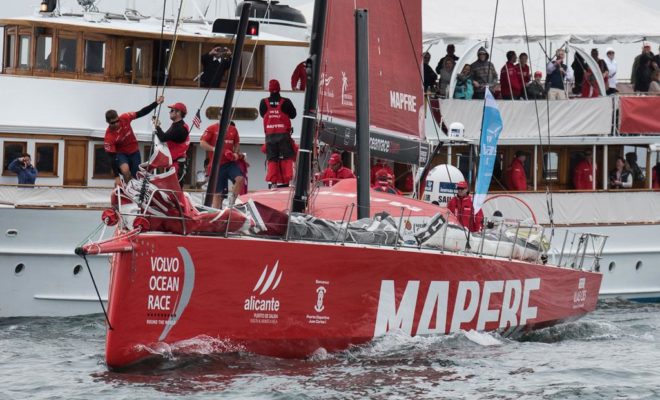 The Spanish team aboard MAPFRE has proven their mettle among the top boats in the fleet. 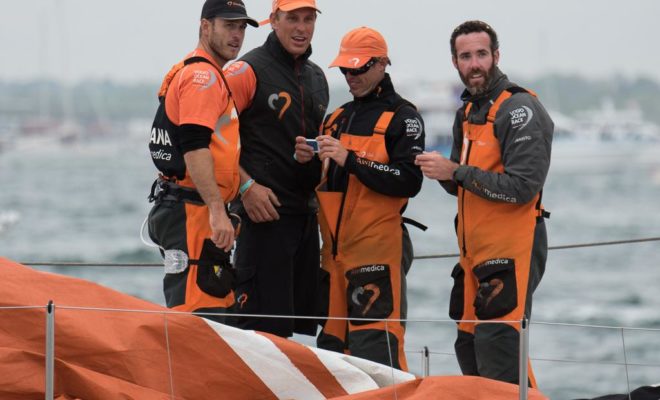 All the crews, including Alvimedica's onboard reporter Amory Ross, at far right, enjoy snapping and sharing photos of their own. 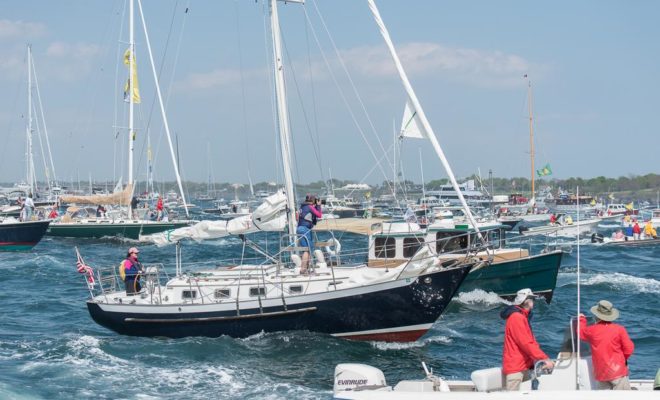 You could practically walk across the boats filling Narragansett Bay for the start of Leg 7. 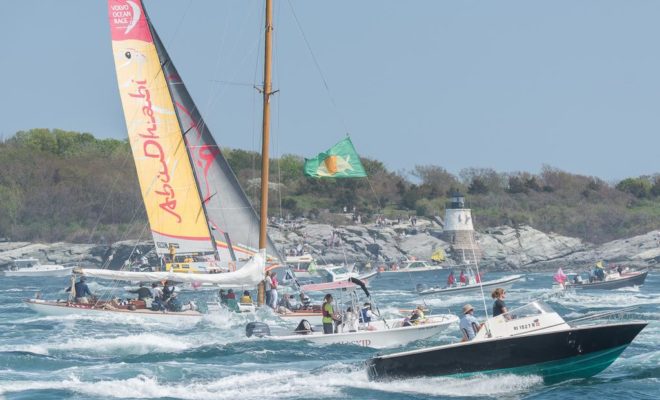 Once the starting gun fired, the boats were charging out of Newport, with the flotilla racing to keep up. 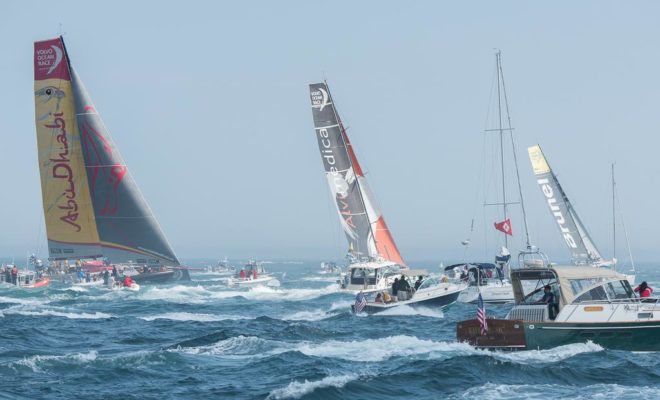 Trading tacks as the yachts head into the fog and tack off toward Europe. 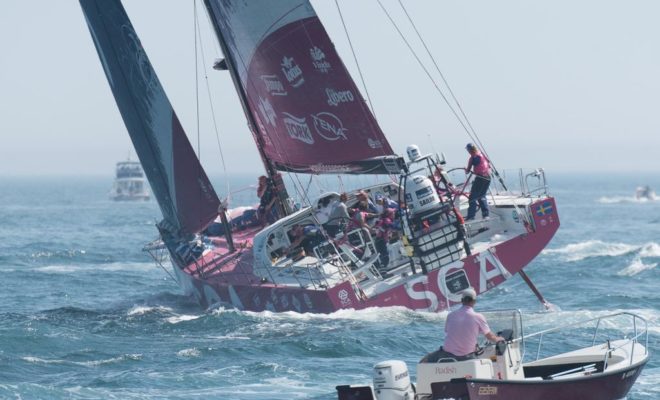