How to React if You’re Caught in a Rip Current

The best way to survive a rip current is to relax and float – don’t try to swim against the current. Watch this video to learn more about what to do if you’re caught in a rip current.

Rip currents are powerful, narrow channels of fast-moving water that are prevalent along the East, Gulf, and West coasts of the U.S., as well as along the shores of the Great Lakes. 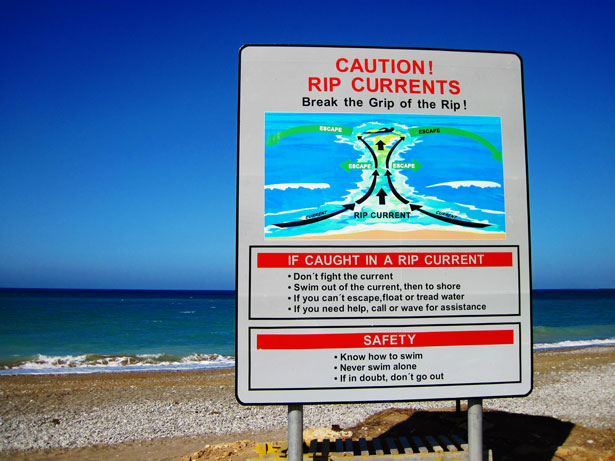