Hurricane Dorian strengthened to a Category 2 storm Thursday night. It’s expected to intensify into a Category 3 hurricane Friday and stay at least that strong as it makes its way to the U.S. mainland, the National Hurricane Center said.

“Dorian is likely to remain an extremely dangerous hurricane while it moves near the northwestern Bahamas and approaches the Florida peninsula through the weekend,” the center said.

There’s a good chance Dorian will power its way into a Category 4 with potentially catastrophic 140 mph winds before making landfall on the mainland U.S., the center added, according to CBS News weather producer David Parkinson.

He said Dorian would probably make landfall early Monday evening at the earliest and Tuesday morning at the latest, probably over the central Florida Atlantic coast though possibly farther south.

Florida residents rushed to supermarkets across the state to buy food and supplies.

The National Weather Service said Dorian could bring a “triple-threat of dangers” to the state, including a “life-threatening storm surge, devastating hurricane-force winds and heavy rains.” The center urged Floridians to “prepare NOW.”

Florida Governor Ron DeSantis expanded the state of emergency he’d already declared to cover all counties in the state and asked President Trump for a pre-landfall disaster declaration.

The government of the Bahamas issued a hurricane watch for the northwestern part of the chain. 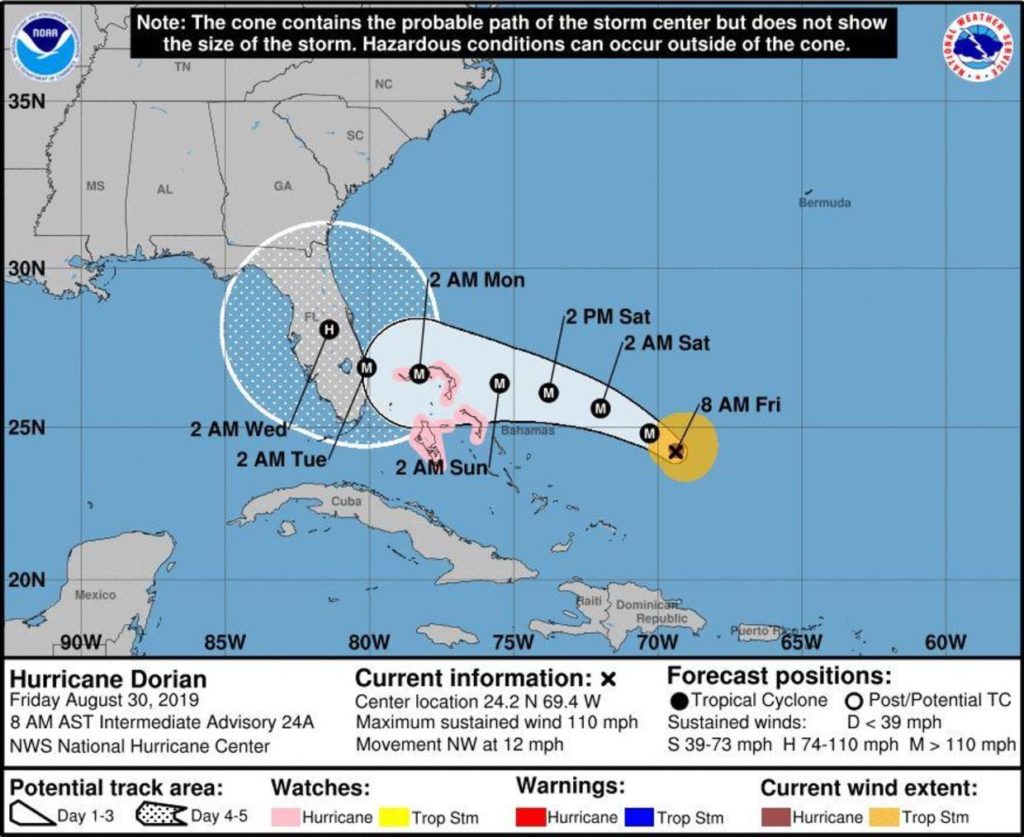 Hurricane Dorian is expected to heavily impact Florida over the weekend.