There is no such thing as safe ice. You cannot judge the strength of ice by one factor like its appearance, age, thickness, temperature, or whether the ice is covered with snow. Ice seldom freezes uniformly and can vary greatly in different areas of the same waterbody. It is important to know before you go. The DNR does not monitor local ice conditions or the thickness of the ice. Local bait shops, fishing clubs, and resorts serve winter anglers every day and often have the most up to date information. If you’re heading out onto a frozen lake for the first time, check the ice yourself and check it often.

In general, fishing reports will be updated once per week, usually on Tuesdays. This may change based on availability of reports and work schedules of field staff.

REMINDER – Anglers must carry a paper copy of their license/stamps while fishing on the waters of Lake Michigan, Lake Superior, and the WI/MI, WI/MN and WI/IA boundary waters.

With the spring-like weather over the weekend heavy fishing pressure was seen at most stops. Anglers report good ice conditions but challenging travel with 6”-8” of snow on top of the ice. With the warm weather and heavy traffic some access points were starting to get soft by the end of the day, with some atvs having trouble getting off the ice in a few locations. Overall slow fishing was reported for every stop, with the most fish reported for one angler to be 7 whitefish for a sun-up to sun-down sit. 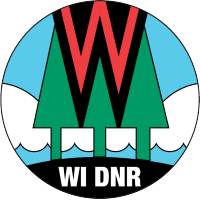