Meet your new but shy galactic neighbor: A black hole left over from the death of a fleeting young star.

European astronomers have found the closest black hole to Earth yet, so near that the two stars dancing with it can be seen by the naked eye.

Of course, close is relative on the galactic scale. This black hole is about 1,000 light-years away and each light-year is 5.9 trillion miles (9.5 trillion kilometers). But in terms of the cosmos and even the galaxy, it is in our neighborhood, said European Southern Observatory astronomer Thomas Rivinius, who led the study published Wednesday in the journal Astronomy & Astrophysics.

The previous closest black hole is probably about three times further, about 3,200 light-years, he said.

The discovery of a closer black hole, which is in the constellation Telescopium in the Southern Hemisphere, hints that there are more of these out there. Astronomers theorize there are between 100 million to 1 billion of these small but dense objects in the Milky Way. 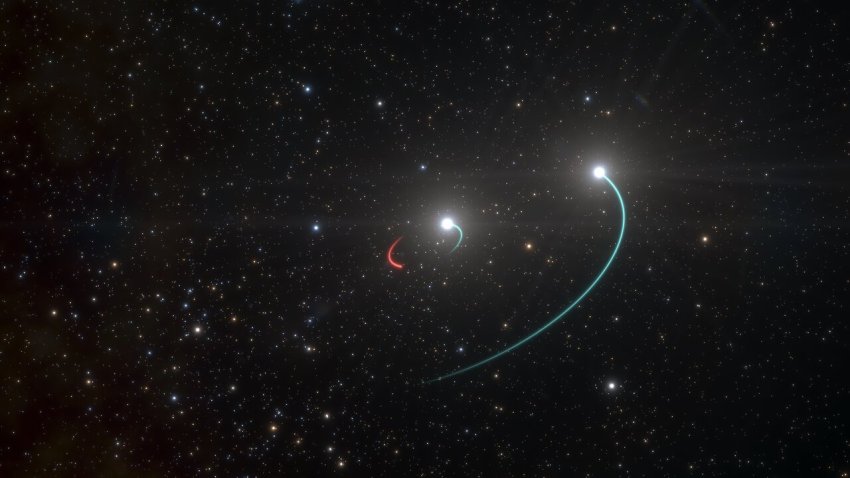