As expected, Hurricane Hanna made landfall at around 5 p.m. Saturday just south of Baffin Bay as a Category 1 storm. What was not expected was the size of its storm surge and the devastation it would leave behind.

While the eye of the storm barreled into the rural areas south of Baffin Bay, such as Kleberg and Kenedy counties, its storm surge had a huge impact on areas much further north — the end of Bob Hall Pier at Padre Balli Park was ripped away by waves, and waters breached Corpus Christi’s seawall and made it inside the Art Museum of South Texas and the Texas State Aquarium. Nearly all of North Beach was affected by flooding.

Here’s a look at Hanna’s aftermath:

Flooding is a perennial problem on North Beach as coastal erosion has continuously shorted the beach over the years, to the point where City of Corpus Christi and Nueces County have had to replenish its sands.

While flooding is to be expected on North Beach during most any strong storm, Hurricane Hanna’s storm surge quickly covered the beach and parking lots — even the long walkway to the U.S.S. Lexington Museum. 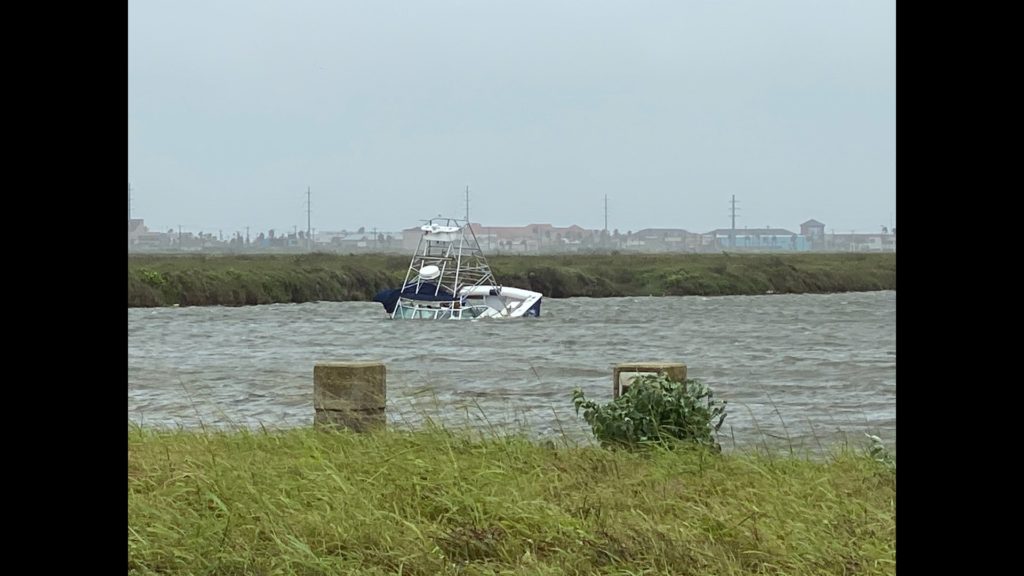