National Seafood Month: Behind the Scenes of the Most Consumed Seafood

Shrimp, tuna, clams—the most popular seafood items in the United States are familiar names to both seafood lovers and the occasional consumer. You may have wondered about the environmental impact of consuming more of a popular product.

We’ve got good news: U.S. seafood is sustainable seafood! Thanks to our robust quotas, retention limits, and other management measures, you can be confident that U.S. seafood products were harvested sustainably. 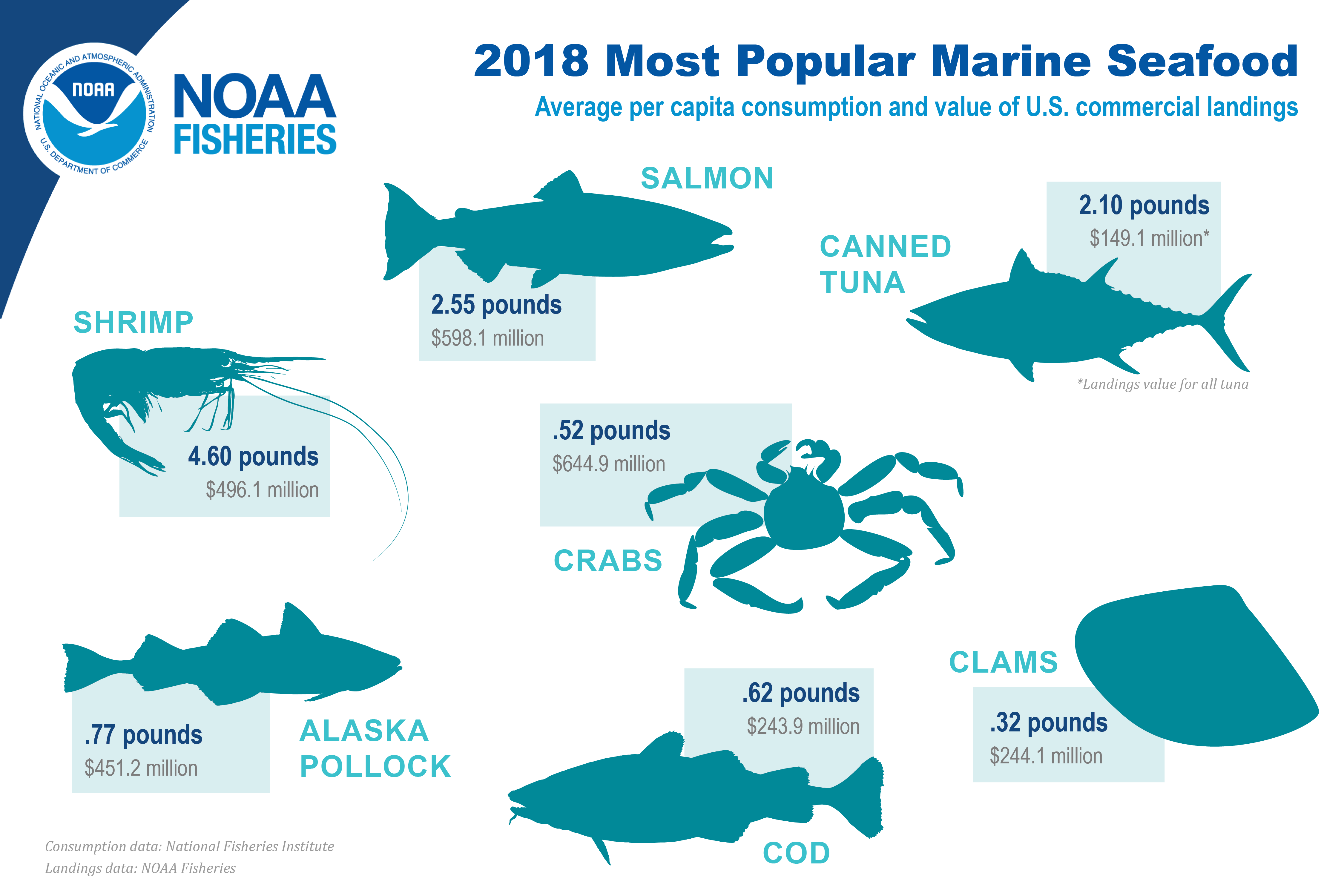 Around 75 percent of the shrimp harvested in the United States comes from the Gulf of Mexico. Three species dominate the catch there: white shrimp, pink shrimp, and brown shrimp. Each of these species currently have population levels above the targets set by scientists.

Federally permitted shrimp fishermen are required to report landings and effort for each fishing trip. The data is used in shrimp stock assessments and to support the sustainable management of red snapper. Depending on the gear they use, shrimpers must also use special equipment that reduces incidental catch, including sea turtle bycatch.

Bycatch reduction devices in the Gulf of Mexico

Five species of salmon are found in the Pacific Ocean along the West Coast of the United States. Some of these populations are protected under the Endangered Species Act. Others sustain important commercial, subsistence, and recreational fisheries.

Requirements like size limits, season lengths, and harvest quotas for commercial salmon fisheries vary year to year and are driven by science. This allows us to sustainably harvest as many salmon as possible while preventing overfishing and harmful impacts to listed species. It also allows populations to rebuild.

NOAA Fisheries manages tuna in both the Atlantic and Pacific Oceans. Albacore, yellowfin, and skipjack are the most common types of canned tuna, but sashimi lovers may also be familiar with bigeye and bluefin.

Our tuna fisheries are governed under some of the most comprehensive and responsive fishery management systems in the world. Tuna migrate across international boundaries, and in some cases dozens of nations are fishing the same stock. That’s why we participate in three international fisheries management organizations responsible for these species. Each group coordinates research, conducts stock assessments, sets national quotas, and establishes reporting requirements for either the Atlantic, Pacific, or Indian Oceans.

Domestically, NOAA Fisheries works with these international bodies, as well as state and federal agencies, to manage tuna stocks. In the Pacific, our regulations apply to the exclusive economic zone and adjacent high seas of California, Oregon, Washington, and Hawai’i. They also apply to U.S. territories in the Pacific: American Samoa, the Northern Mariana Islands, and Guam. Atlantic tuna rules are enforced in federal waters—and most state waters—off Atlantic, Gulf of Mexico, and Caribbean states and territories. Common measures across our tuna fisheries include catch limits, gear restrictions, fishery closures, and trip reporting.

Documentary on the Hawai‘i longline fishery 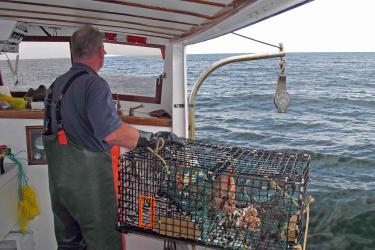