A Sea-cleaning Sailboat that Feeds on Plastic Waste

Each year, an estimated eight million tonnes of plastic end up in the ocean. According to the UN, if nothing is done, there will be more plastic waste than fish in the oceans by 2050.

Tired of hitting these floating objects during his races and seeing heavenly places turn into landfills, a French ocean adventurer Yvan Bourgnon decided to fight against this global scourge. He and his team have designed Manta, a giant, plastic-eating catamaran powered by renewable energy. The sea vessel literally scoops up plastic garbage and converts it into fuel to help power the boat.

Yvan Bourgnon – who has years of experience career racing sailing boats around the world’s oceans – is the mastermind behind the venture. A steady increase in encounters with floating fields of garbage in the ocean inspired him to start the SeaCleaners project and build Manta, a 56-meter (184 foot) catamaran powered by a combination of advanced sail technology and electric motors.

The giant sailing boat will be the first of its kind capable of collecting, processing, and recovering large quantities of marine plastic waste. 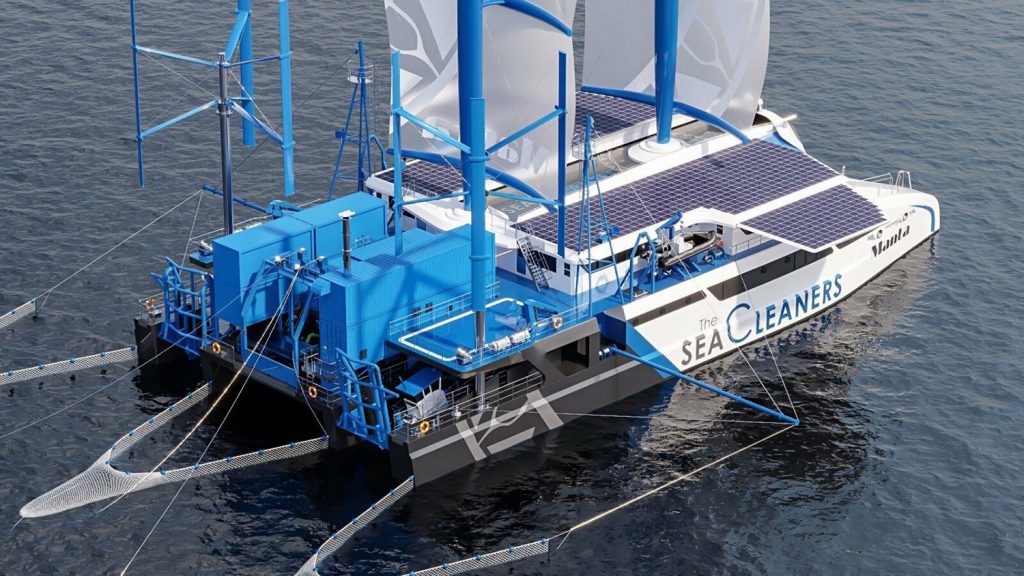