Watchers of the night sky are in for a treat this week with the arrival of what has been dubbed a Super Flower Blood Moon.

The lengthy name is the result of a few astronomical phenomena coming together at once. The supermoon will be visible all over the world, and the full lunar eclipse will be visible in many parts of the world, including the western United States.

Early risers in the U.S. can catch a spectacular view of the moon Wednesday morning before sunrise, but what you’ll be able to see will depend largely on where you live.

Why it’s “super”: The shape of the moon’s orbit around the Earth is not a perfect circle, but an oval. When a full moon reaches the point closest to our planet on its elliptical orbit, it’s called a supermoon, or perigee-syzygy, and appears larger than usual in the sky.

Why it’s “flower”: Full moons that occur in May are sometimes known as flower moons. According to The Old Farmer’s Almanac, the name is a reference to the flowers that are blooming in May and has been attributed to Native American, Colonial American and European sources. 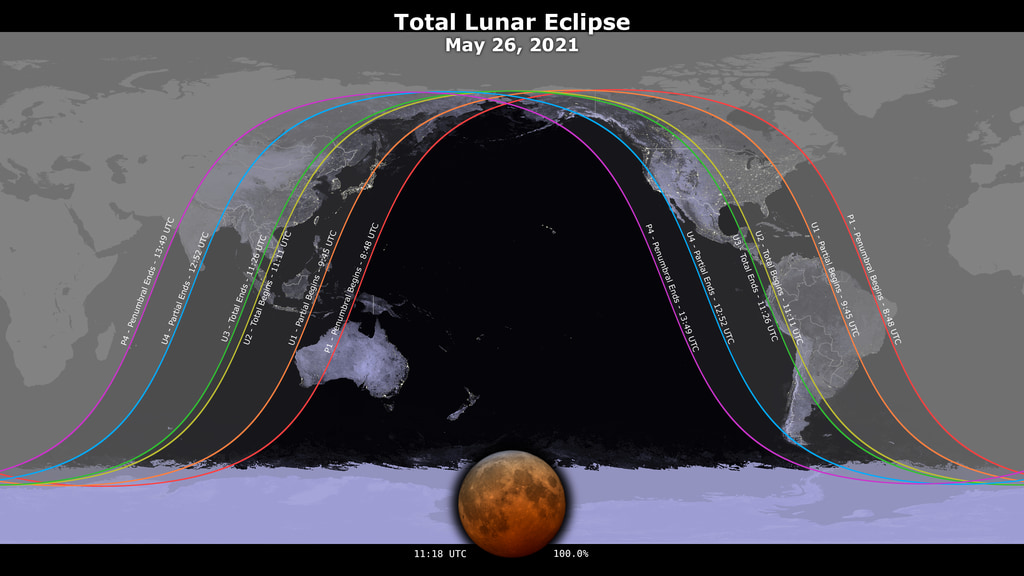