Robotic Ship Sets Off to Retrace the Mayflower’s Journey

SWANSEA, Wales (AP) — Four centuries and one year after the Mayflower departed from Plymouth, England, on a historic sea journey to America, another trailblazing vessel with the same name has set off to retrace the voyage.

This Mayflower, though, is a sleek, modern robotic ship that is carrying no human crew or passengers. It’s being piloted by sophisticated artificial intelligence technology for a trans-Atlantic crossing that could take up to three weeks, in a project aimed at revolutionizing marine research.

Charting the path of its 1620 namesake, the Mayflower is set to land at Provincetown on Cape Cod before making its way to Plymouth, Massachusetts. If successful, it would be the largest autonomous vessel to cross the Atlantic.

The new Mayflower’s journey was originally scheduled for last year, part of 400th anniversary commemorations of the original ship’s voyage carrying Pilgrim settlers to New England. Those commemorations were set to involve the British, Americans, Dutch — and the Wampanoag people on whose territory the settlers landed, and who had been marginalized on past anniversaries. 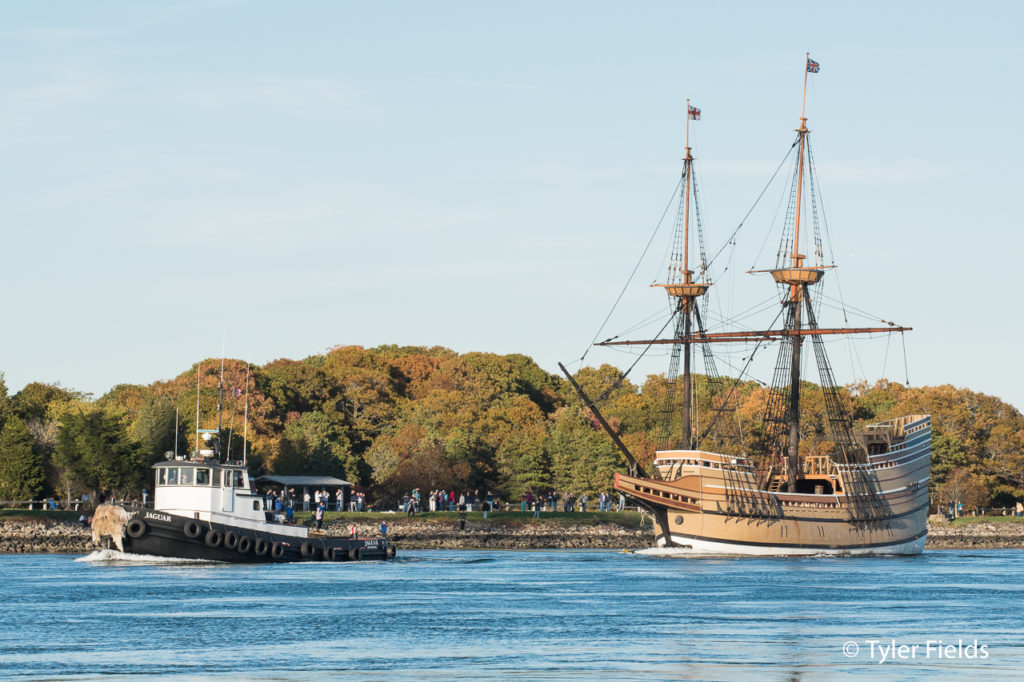