A Guide to Preparing Marinas and Boats for Hurricanes

Boat owners from Maine to Texas have a reason to become edgy in the late summer and fall: Each year, on average, two hurricanes will come ashore somewhere along the Gulf or Atlantic coasts, destroying homes, sinking boats, and turning people’s lives topsy turvy for weeks, or even months. This year, who knows? Florida is struck most often, but every coastal state is a potential target.

Experts predict that in the next 20 years there will be much more hurricane activity than has been seen in the past 20 years. Experts also fear that after a number of storm-free years, people in some of the vulnerable areas will be less wary of a storm’s potential fury. But to residents of Charleston, South Carolina, crippled by Hugo in 1989, and people in Dade County, Florida, ravaged by Andrew in 1993, the hurricane threat won’t soon be forgotten.

Where to Keep Your Boat in a Hurricane

A study by MIT after hurricane Gloria found that boats stored ashore were far more likely to be saved than boats stored in the water. For many boat owners and marinas, hauling boats is the foundation of their hurricane plan. Some farsighted marinas and yacht clubs have evacuation plans to pull as many boats out of the water as possible whenever a storm is approaching and secure the rest. There are some types of boats that must be pulled if they are to have any chance of surviving. Smaller, open boats and high performance powerboats with low freeboard, to use two examples, will almost always be overcome by waves, spray, and rain. Fortunately, most of these boats can be placed on trailers and transported inland.

Boats ashore should be stored well above the anticipated storm surge, but even when boats are tipped off jackstands and cradles by rising water, the damage they sustain in a storm tends to be less severe than the damage to boats left in the water. Windage is also a consideration. If nothing else, reduce windage (see “Critical Points”) as much as possible and make sure your boat has extra jackstands, at least three or four on each side for boats under 30′ and five or six for larger boats. The jackstands must be supported by plywood and chained together. To reduce windage, some ambitious boat owners on the Gulf Coast dug holes for their sailboat keels so that they presented less windage. Smaller sailboats were laid on their sides. Recent storms have proven that high-rise storage racks are vulnerable in a storm’s high winds. Several have been completely destroyed in recent hurricanes. If possible, boats on storage racks should be placed on trailers and taken home. 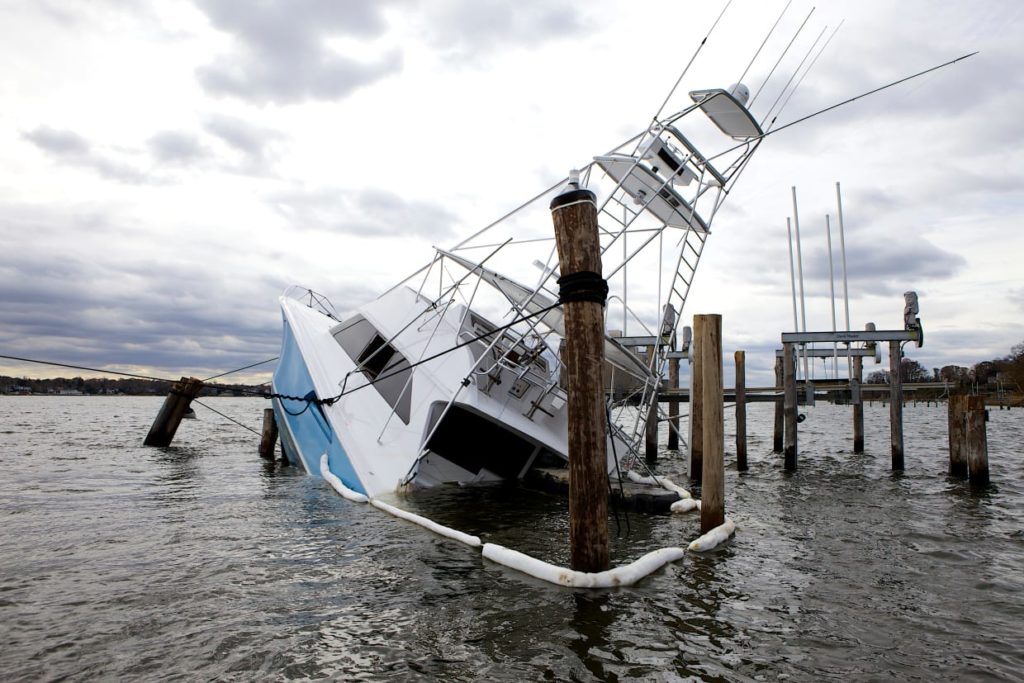 There is little that can be done on board once a Category 2 or above hurricane arrives. Make your preparations, EARLY, and seek shelter on shore. Check your insurance for a named storm clause which may pay, at least partially, for hauling expenses. But storms less powerful than hurricanes will… END_OF_DOCUMENT_TOKEN_TO_BE_REPLACED

Thorough emergency preparedness is important during severe storm weather, particularly in areas where pet owners may be forced to leave their homes. But what about more common thunderstorms or tornados? Here are five smart and simple tips from the ASPCA Animal Poison Control Center to make storms safer and less… END_OF_DOCUMENT_TOKEN_TO_BE_REPLACED 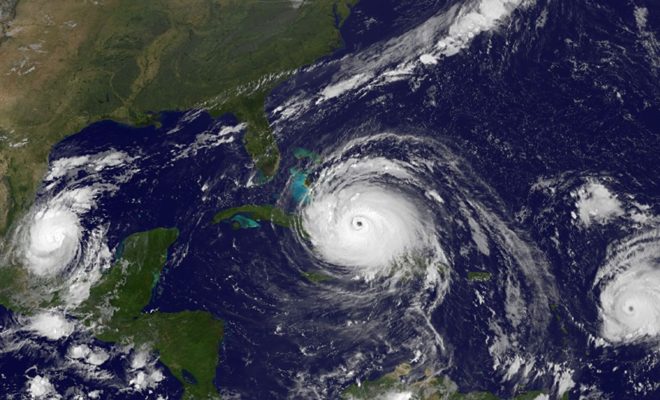 Hurricane and Storm Prep: Advice for Boaters and Coastal Residents

Here are some tips and advice on how to prepare for an incoming hurricane: For Boaters: There is little that can be done on board once a Category 2 or above hurricane arrives. Make your preparations, EARLY, and seek shelter on shore. Check your insurance for a named storm clause… END_OF_DOCUMENT_TOKEN_TO_BE_REPLACED