By Noah Berger and John Antczak.

THREE RIVERS, Calif. (AP) — Firefighters wrapped the base of the world’s largest tree in a fire-resistant blanket as they tried to save a famous grove of gigantic old-growth sequoias from wildfires burning Thursday in California’s rugged Sierra Nevada.

The colossal General Sherman Tree in Sequoia National Park’s Giant Forest, some other sequoias, the Giant Forest Museum and other buildings were wrapped as protection against the possibility of intense flames, fire spokeswoman Rebecca Paterson said.

The aluminum wrapping can withstand intensive heat for short periods. Federal officials say they have been using the material for several years throughout the U.S. West to protect sensitive structures from flames. Near Lake Tahoe, some homes that were wrapped in protective material survived a recent wildfire while others nearby were destroyed.

The Colony Fire, one of two burning in Sequoia National Park, was expected to reach the Giant Forest, a grove of 2,000 sequoias, at some point within days. It was unclear Thursday night whether that had happened. The fire didn’t grow significantly as a layer of smoke reduced its spread, fire spokeswoman Katy Hooper said. 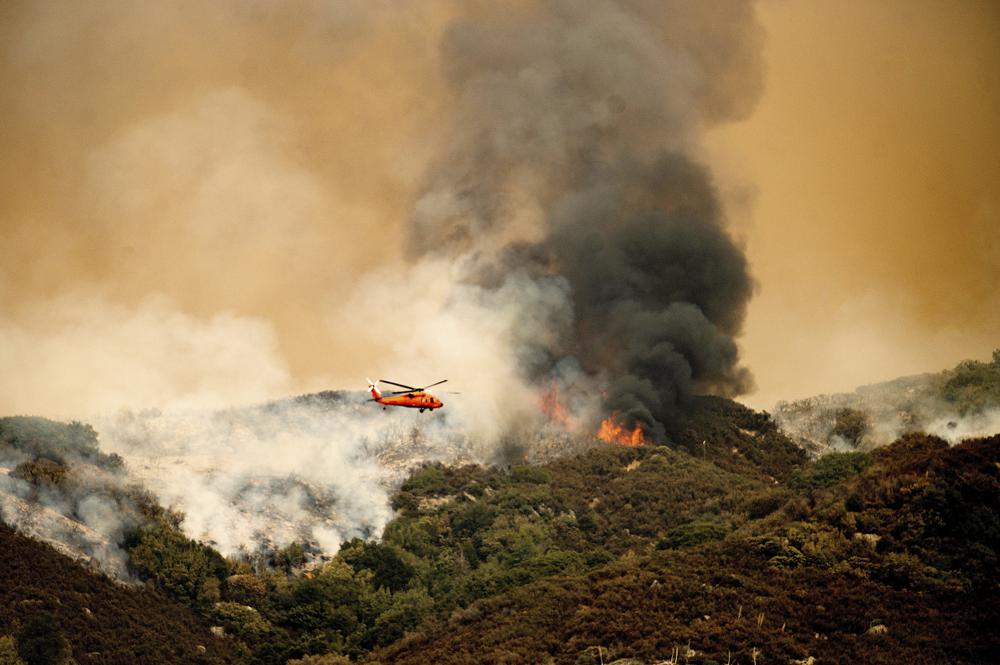