Rising with the Tide: Keeping Our Communities Above Water Q&A

Watch the full conference below:

We received a number of questions throughout the conference and our panelists have taken the time to research and respond below.

Is the Pacific ocean rising more quickly than the Atlantic?

Roughly 13,000 years ago, global warming caused the great ice sheet covering North America to melt. The result is the topography we know today. Is this a naturally reoccurring weather cycle and if so what are the forces in play due to nature or due to man?

What are ‘king’ tides exactly?

What, if anything, can I do personally to slow erosion of our shoreline?

I would like to learn of sources of funding for planning to address inundation by sea-level rise and extreme weather events.

How can we incentivize and support sustainable financing for individuals as well as communities, states, national level?

What kinds of changes to zoning ordinances have been made and what kind of resistance was faced (speaking specifically about Dauphin Island, AL)?

What is available in the way of studies or potential studies of specific low-lying areas along the Atlantic coast? These might include statistics regarding water level changes, effects of various mitigation techniques, and recommendations for threatened areas that are already developed? What resources do planning professionals and local planning officials have for determining reasonable actions or recommendations for permitting development of waterfront or low-lying areas?

What reasonable and sensible changes have been implemented in state and federal regulations regarding the process for private homeowners that want to protect their property from ocean rising.

Property insurance costs can have a dramatic impact on future building plans. The reinsurance industry is often active in the background affecting the retail insurance that is available.

What do you call it when there is a storm that only allows for floods and no ebbing low tides in a harbor?

In keeping track of water levels at NOAA gauges in Maine, we are seeing observed tides generally exceeding predicted tides (60-70% of the time), over and above what we’d expect due to “surge events”. Several questions: Are you observing this at other gauges as well? Do you think this is simply related to water levels actually running high, or is it due to the fact that the NTDE needs to be recalculated?

What percentage of the heating of the Earth is due to the same conditions that caused the glaciers to melt 13,000 years and what percentage is due to man’s activities today? 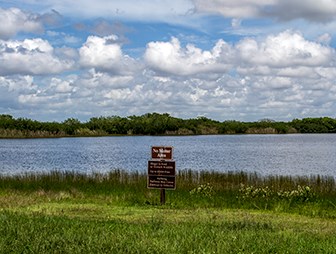