The National Weather Service said the storm brings the threat of “catastrophic flooding” in the coming days as a low pressure system slowly moves from east to west and lingered on the edge of the archipelago.

“Now is the time to make sure you have an emergency plan in place and supplies ready should you need to move away from rising water,” said Gov. David Ige, who issued a state of emergency for all of the state’s islands Monday night.

On Oahu, where four shelters had been opened, most of the beaches in Waikiki were empty Monday as only a few people walked with umbrellas during passing heavy showers. Roadways were flooding in the area and cars crept through downtown as water gushed out of manhole covers.

One boy was rescued after he released his grip on a branch and the rushing waters took him to firefighters close by downstream, who grabbed him. Firefighters used a ladder to rescue another boy farther downstream and jumped into the stream go get the other three out of the water, the statement said. 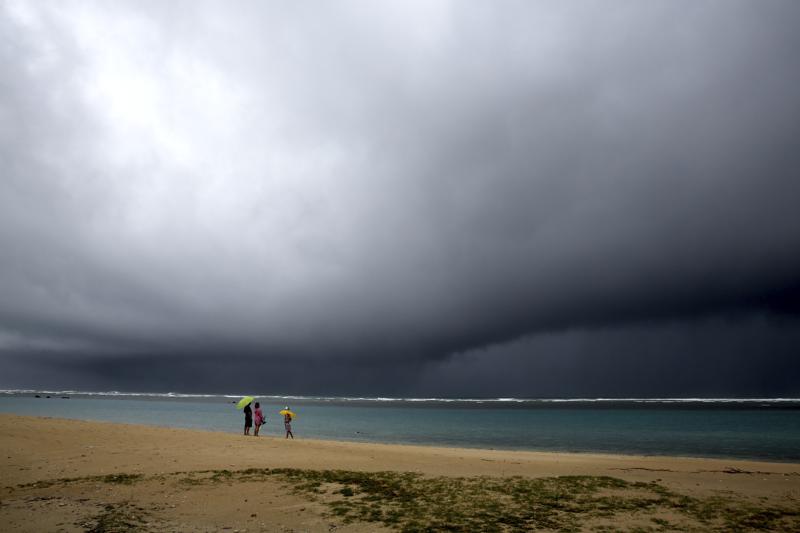