After the Blizzard, the Big Chill as East Coast Digs Out

By Mark Pratt and Mike Catalini.

BOSTON (AP) — Gusty winds and falling temperatures plunged the East Coast into a deep freeze as people dig out after a powerful nor’easter dumped mounds of snow, flooded coastlines and knocked out power to tens of thousands.

Dangerous wind chills fell below zero in many locations across the region on Sunday after the storm dumped snow from Virginia to Maine. Philadelphia and New York had plenty of snow, but Massachusetts bore the brunt of the storm, with the town of Sharon getting more than 30 inches (76 centimeters) of snow before the storm moved out.

The wind continued raging as over 100,000 lost power, mostly in Massachusetts, hampering crews’ ability to work on overhead lines. No other states reported widespread outages.

Winds gusted as high as 83 mph (134 kph) on Cape Cod in Massachusetts. It scoured the ground bare in some spots and piled the snow into huge drifts in others. Coastal towns flooded, with wind and waves battering North Weymouth, south of Boston, flooding streets with a slurry of frigid water, according to video posted on social media. Other videos showed a street underwater on Nantucket and waves crashing against the windows of a building in Plymouth. 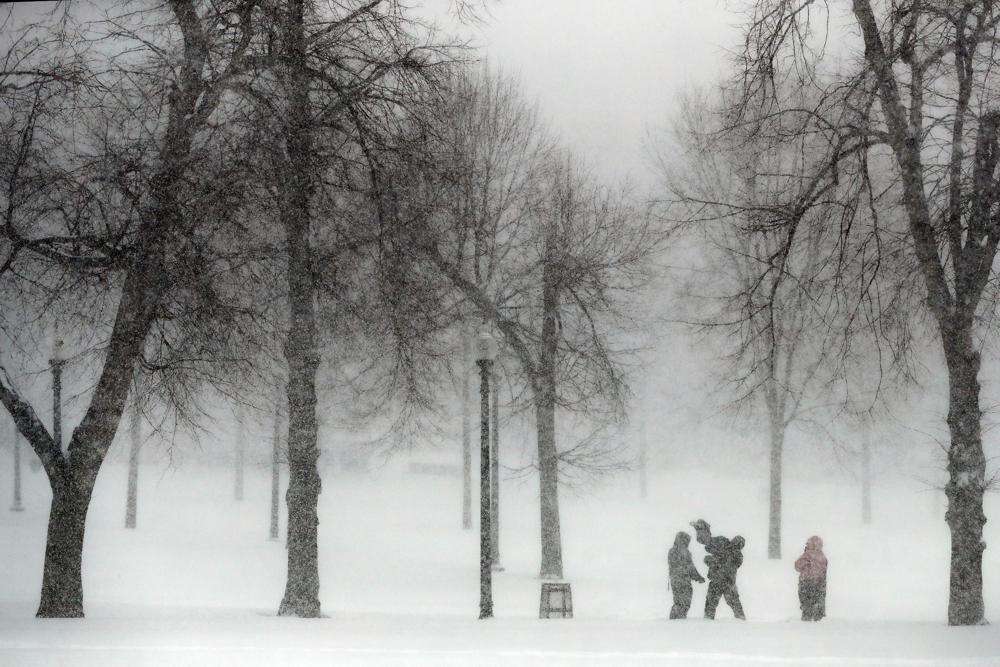