Researchers say temperature by itself isn’t the best way to measure climate change’s weird weather and downplays impacts in the tropics. But factoring in air moisture along with heat shows that climate change since 1980 is nearly twice as bad as previously calculated, according to their study in Monday’s Proceedings of the National Academy of Sciences.

The energy generated in extreme weather, such as storms, floods and rainfall is related to the amount of water in the air. So a team of scientists in the U.S. and China decided to use an obscure weather measurement called equivalent potential temperature — or theta-e — that reflects “the moisture energy of the atmosphere,” said study co-author V. “Ram” Ramanathan, a climate scientist at the University of California San Diego’s Scripps Institution of Oceanography and Cornell University. It’s expressed in degrees, like temperature.

“There are two drivers of climate change: temperature and humidity,” Ramanathan said. “And so far we measured global warming just in terms of temperature.” 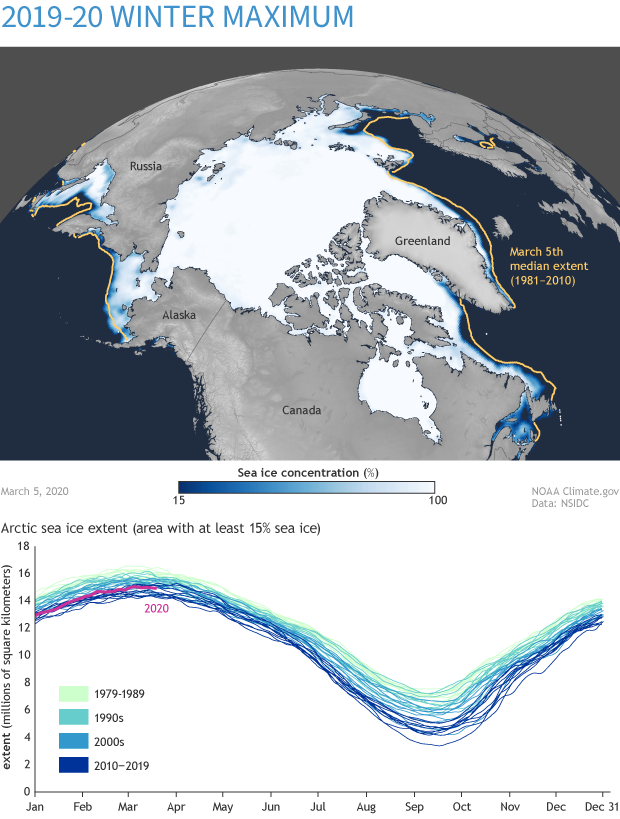 Image Courtesy of NOAA Climate.gov based on data from NSIDC.