Much of South Florida is under a tropical storm warning amid the looming threat of what could soon become Tropical Storm Alex, the first named storm of the 2022 Atlantic hurricane season.

The National Hurricane Center expects the system in the Gulf of Mexico to form into a tropical storm later Friday.

The National Weather Service office in Miami last reported the potential tropical storm’s location in the Gulf at about 470 miles west-southwest of the city, and data from the Air Force Reserve’s Hurricane Hunter aircraft showed the system moving at about 40 mph.

“Rain is already spreading northeastward, well out ahead of the system, across the southern third of Florida,” said AccuWeather senior meteorologist Dan Pydynowski. “It’s been raining most of the day already across the Keys and Miami area, and that rain continues to spread northward, getting up toward north of Lake Okeechobee.”

Forecasters expect flooding to be the storm’s main threat to South Florida, which will remain under a flood watch through Sunday, according to the NWS, with between 4 to 8 inches of rain expected. 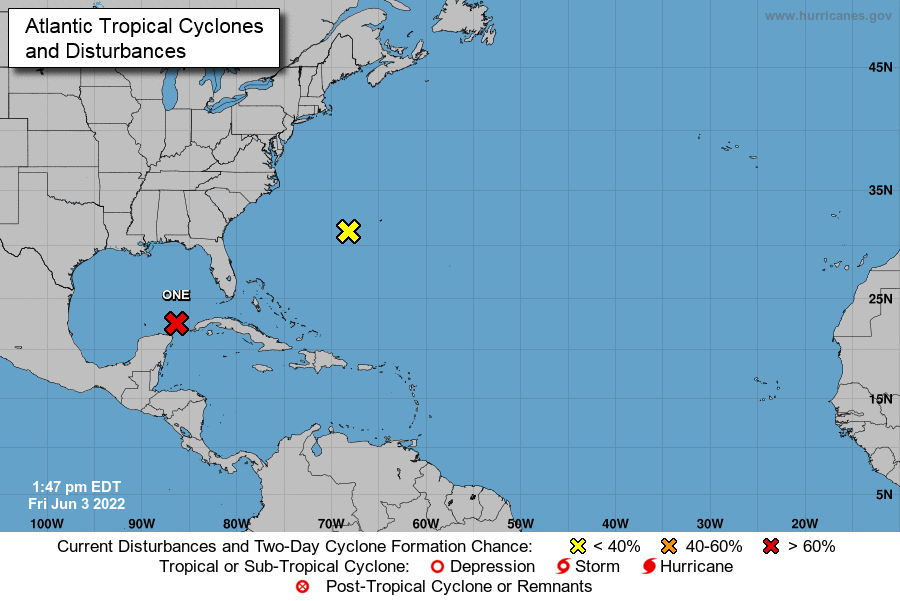