August’s full Sturgeon Moon reaches its peak on Thursday, August 11, 2022. It will be the last supermoon of the year! Learn when to look for it and why August’s Full Moon got such a peculiar name.

When to See the Full Moon in August 2022

August’s full Moon will appear on the night of Thursday, August 11, reaching peak illumination at 9:36 P.M. Eastern Time. On either of these nights, look toward the southeast after sunset to catch a glimpse of the Sturgeon Moon rising.

The Sturgeon Moon rounds out this year’s parade of four supermoons, which started in May! Supermoons are commonly defined as full Moons that occur while the Moon is at its nearest point to Earth. (Because its orbit is not a perfect circle, the Moon’s distance from Earth changes throughout the month.) Supermoons are ever-so-slightly closer to Earth than the average full Moon, which technically makes them extra large and bright from Earth’s perspective.

Why Is It Called the Sturgeon Moon?

The full Moon names used by The Old Farmer’s Almanac come from a number of places, including Native American, Colonial American, and European sources. Traditionally, each full Moon name was applied to the entire lunar month in which it occurred, not solely to the full Moon.

August’s full Moon was traditionally called the Sturgeon Moon because the giant sturgeon of the Great Lakes and Lake Champlain were most readily caught during this part of summer. 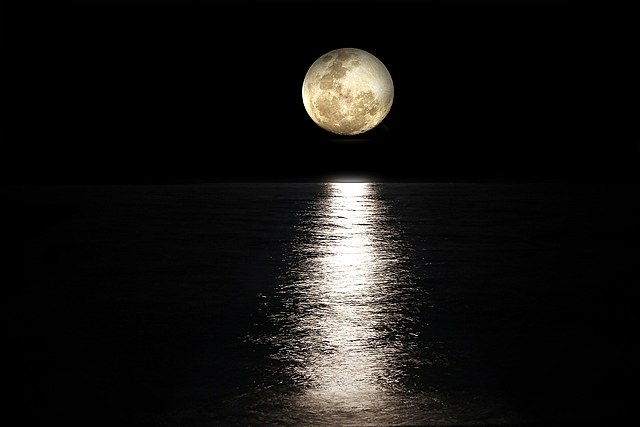