By Adam Young of panfishnation.com

What Are The Different Types of Fishing Reels? And Which is Best for Me? 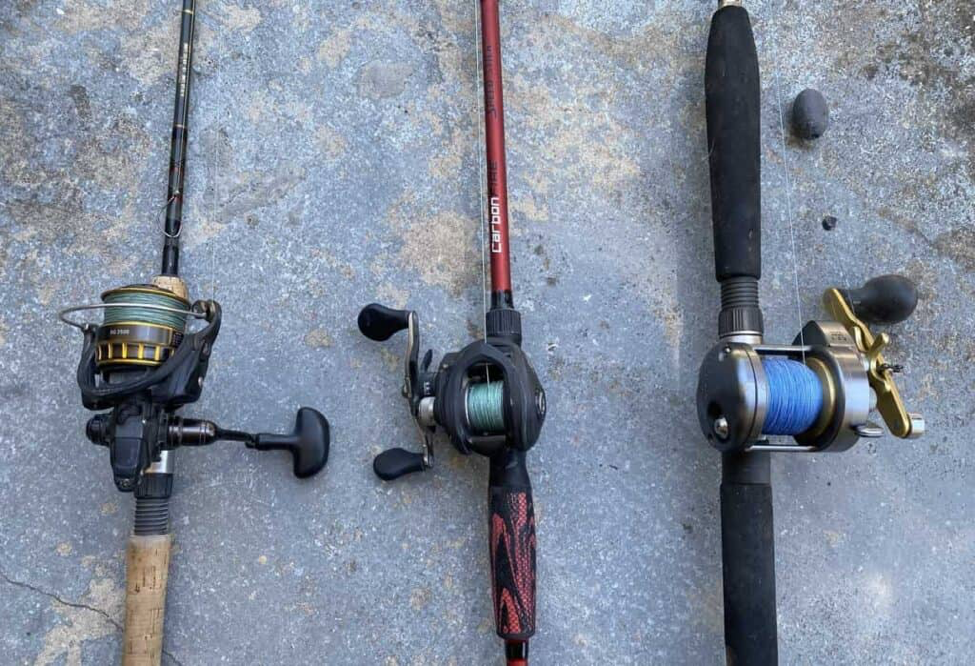 When it comes to fishing tackle, variety and choices are abundant. But if your just getting started, or interested in knowing the detailed differences you may be wondering what are they different types of fishing reels, and there uses? 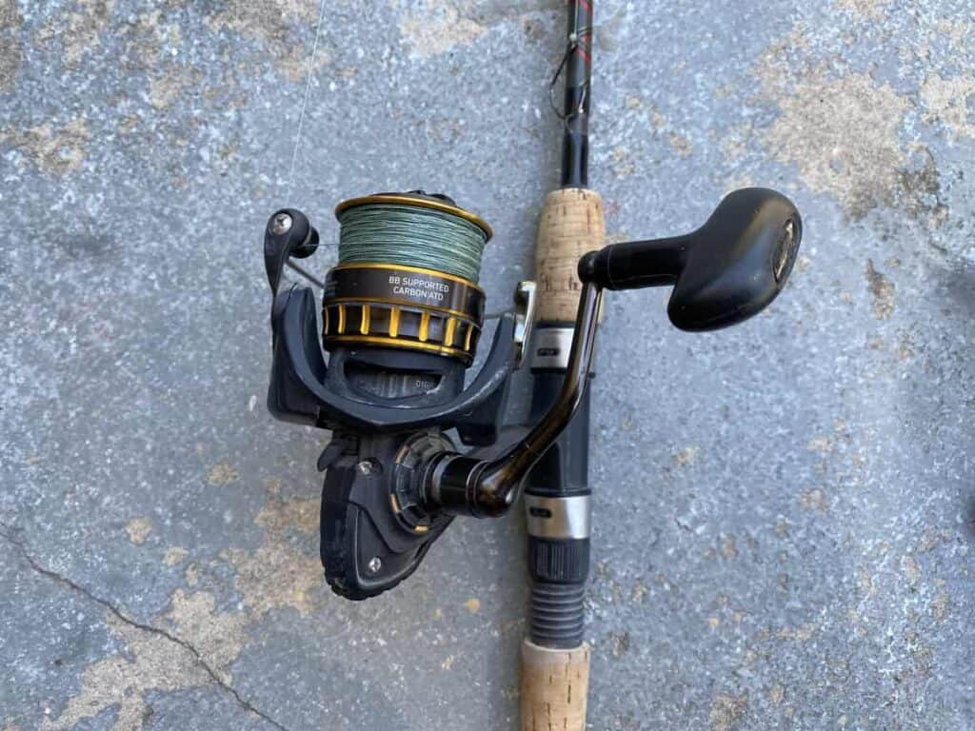 The spinning reel has become the modern icon for most anglers. They come in a variety of sizes from ultra-light models weighing just a few ounces, to heavy-duty models that can land large salmon from fast-moving rivers or pelagic fish deep offshore.

The spinning reel takes time a bit of time to master. It’s easy to get line tangled, it’s more difficult to cast since it involves lifting the bale, holding down a loop of line with your index finger, then whipping the attached rod forward. But don’t worry- you can do it!

The control it offers can’t be rivaled by a spincast reel, nor can the casting distance. Spinning reels in medium or large configuration can hold up to 200 yards of monofilament line or more.

Their versatility extends to drag settings, the ability to use monofilament, fluorocarbon, or braided line, along with their easy attachment to a variety of rods.

These reels are the next step up from a spincast model for anglers advancing in the sport.

Check the composition of the reel before you buy it. Some are made entirely of graphite, which works well for a while, but isn’t durable. Others are stainless steel, carbon fiber, aluminum, and have Zirconium guides. These are the top-of-the-line spinning reels.

Spinning reels come in a left retrieve or right retrieve variety, have variable drag settings, and can be used with almost every style of fishing line on the market. The moderate, to higher-priced ones, are durable and will remain viable for decades.

This is the reel that most beginners start with. A spincast reel is a perfect choice for a young child or novice angler to begin developing casting skills because it’s very user friendly. With a small weight tied to the line a beginner can learn how to handle a rod and reel by trying to land the weight on a target in the backyard or at home.

Spincast reels have a closed face. A closed face is a cone that covers the spool, protecting the line inside from tangles, ultraviolet light and offering an easier method of casting.IT prevents birds nests which are common.

These are excellent reels for catching bluegill, crappie, trout, perch, small saltwater fish and even largemouth bass. Their drawbacks are a limited range of cast, small spool size, and since most are made of plastic, durability.

Their greatest redeeming factor is price, they are cheap. Ease of use is the other big factor. Spincast reels start at $20.

Spincasting gets the nod as the rod of choice for young anglers, or novices just hitting the water. It’s hard to fail with one of these reels when looking for easy and simplicity. 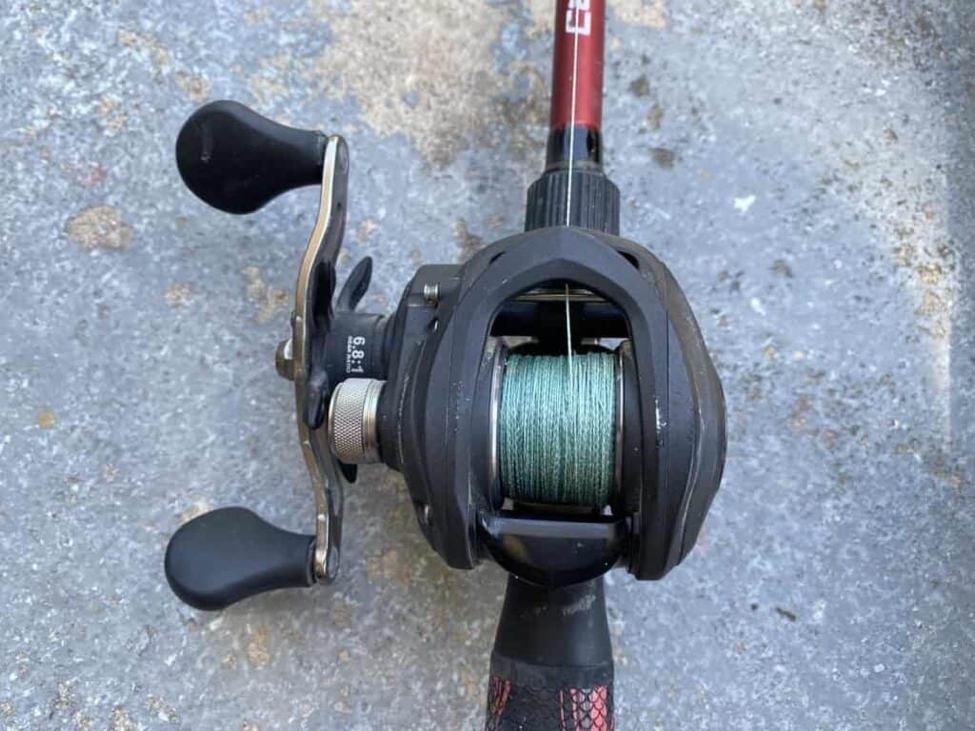 The first thing you’ve probably heard about baitcasting reels is backlash or the term ‘birds nest’. Backlash occurs when the braided line used in these reels comes off the spool too fast, wrapping itself in a frustrating snarl around the reel known as a ‘birds nest’.

This was true a generation ago, but modern baitcasting reels have features called ‘Anti-reverse’ and ‘brakes’ that significantly reduce or eliminates backlash. The features have really expanded to help anglers learn this unique style of fishing reel.

Why would you want to use a baitcasting reel? The answer is the versatility you get when using braided line and casting control. Braided line is stronger than monofilament. It flows smoother off a fishing reel allowing for longer casts and its strength gives you an advantage over monofilament or fluorocarbon line (although some may argue this is not the case).

If you’re a bass angler, this is the reel of choice for serious largemouth enthusiasts and is most often used by pros.

Baitcasting reels have a distinct advantage over other reels, the touch and feel these reels allow far exceeds even spinning reels. But it is a skill that takes time to develop.

Baitcasting reels are a bit more expensive than spincast or spinning reels. The price range on these reels is perhaps the widest on the market. A quality baitcasting reel can usually be purchased for $69-$139.

Understand what you intend to fish for, the type of conditions (freshwater or saltwater) you are likely to face, and how well the reel fits in your hand before you spend a lot of money. 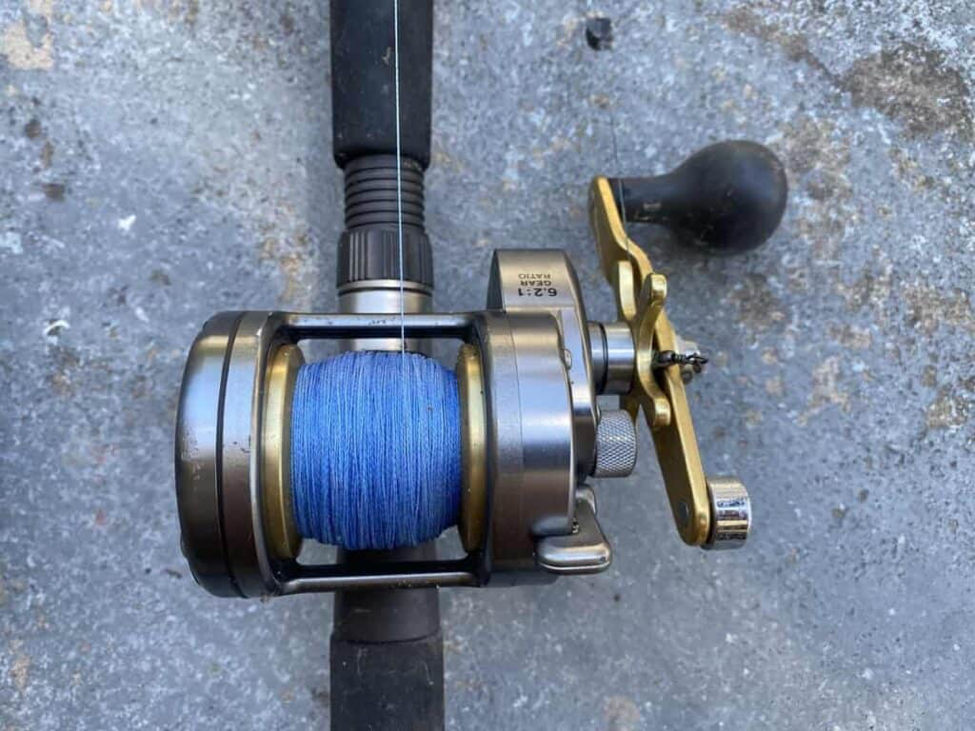 Another and less common category of baitcasting reels is the casting reel. Typically they are larger than a standard baitcasting reel, with a lever, or button on the side that allows a freewheel spool for longer casts.

Unlike baitcasting reels, casting reels do not have an automatic line guide that bobs back and forth when reeling in. Instead you must manually push the line left-right-left (repeat) as its reeled onto the spool. Generally, these reels are cast using both hands for heavy duty use!

Innovations in casting reels include a slide button release, with an override option that allows the angler to slow the cast or stop it entirely by thumb friction on the line.

A casting reel requires practice and dexterity. They are not the easiest reels to master, but the longer casts, heavier line, and ability to control your bait in a variety of situations on the water make it a skill worth mastering, especially for trolling or targeting big fish.

This style of fishing reel is the most common when used offshore fishing for pelagic species such as Mahi Mahi, Swordfish, Wahoo, Tuna, Marlin etc.

Casting reels are higher priced than their baitcasting cousins, and more of an advanced reel than the other three types reviewed here. Prices usually start around $59 and go up to $399 for good-quality models that can withstand saltwater use!

So, Which Type of Fishing Reel Is Best For You?

Don’t be intimidated or overwhelmed by the different types of fishing reels on the market. I personally use and own each type of fishing reel mentioned in this article, and they all have their pros & cons. Remember, this is about fun!

Below is a table of the most common freshwater fish species and the best type of reel to use (note, this is only a guide to get you started!):

If you decide to buy a new fishing reel, be sure to read through the owner’s manual of your reel, and do some practice casting in your yard or at the dock. Get familiar with your equipment and You’ll be ready to hit the lake, river or ocean in no time! Good luck and thanks for reading.

**Article courtesy of Panfish Nation, the premier resource on the web dedicated to the world of freshwater fishing** 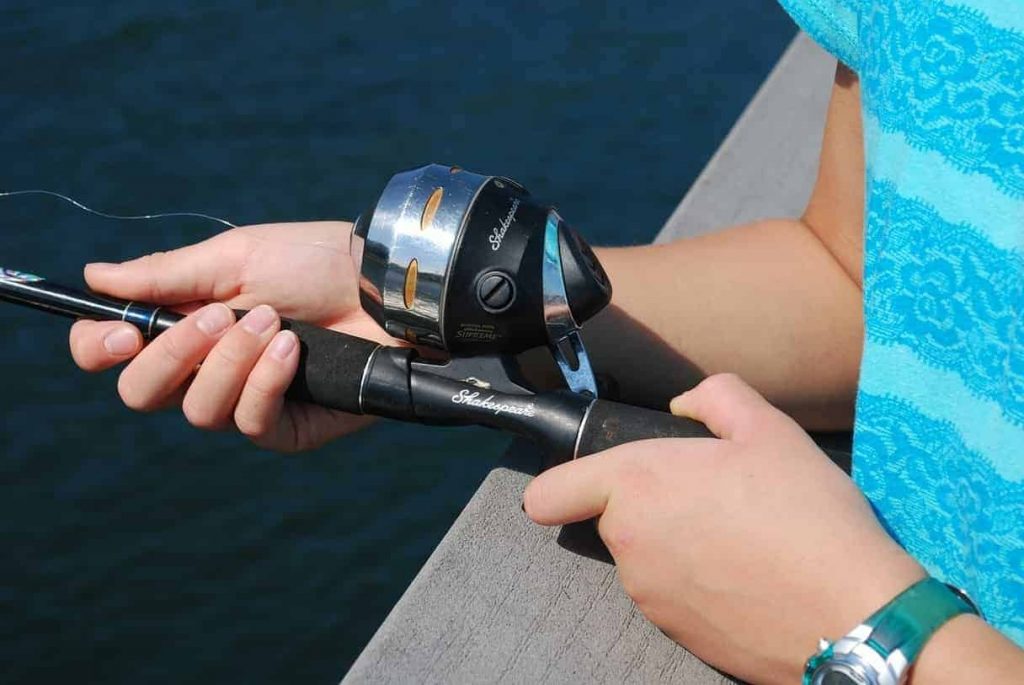