Rising sea levels are eating away the California coast, and a recent study found that the cliffs in Pacifica are among those crumbling the fastest.

The study, published by Scripps Institution of Oceanography at the University of California, San Diego, used data of cliff erosion between 2009-2011 and 2016 along 538 miles of California’s 1,023-mile-long coast. Statewide, cliffs eroded an average of 2 inches over the period.

Cliffs in Pacifica and the San Mateo County Midcoast beaches including Martin’s Beach south of Half Moon Bay, were deemed hot spots, having eroded more than 16 feet per year. The highest rates of erosion were found in Northern California locales with more rainfall and larger waves near Humboldt Bay and Del Norte County.

The scientists used laser-imaging technology to measure both cliff-top changes and changes within the cliff face.

The study adds to a previous one conducted with data from 1998 and 2009-2010. Data collection began last year for the study’s third iteration.

“We need to survey the coast more frequently so we can better track how the coast is evolving and improve model predictions,” said one of the study’s co-authors, Adam Young, in a press release.

The threat of erosion is nothing new to cliffside Pacificans. In the late 1990s, heavy El Nino storms led to the condemnation and demolition of a dozen homes as the ground beneath their foundations fell into the ocean. 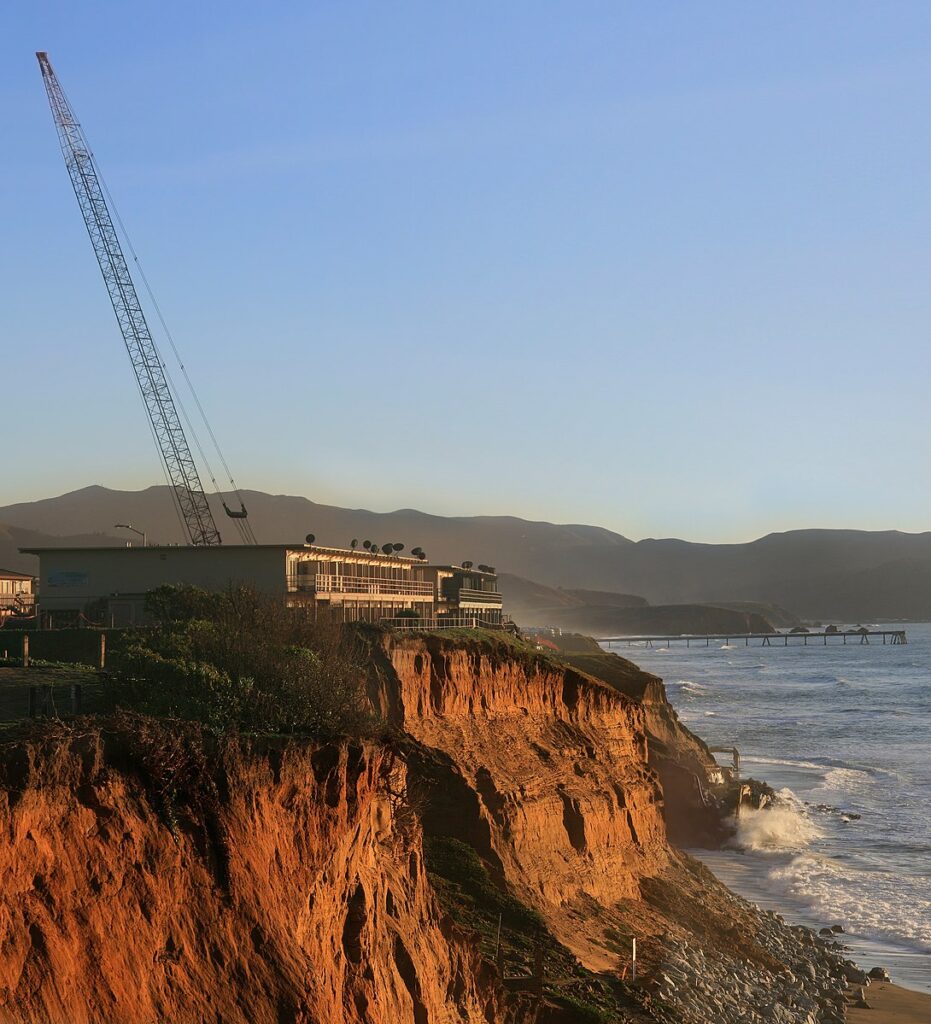