By Tracking Sharks. The first step in shark attack prevention is understanding the risk. When you enter the water, you are visiting the shark’s home. Statistics show that you are more likely to die from a car crash than be killed by a shark.

However, sharks do bite people and there are things you can do to avoid potential danger.

What you can do to prevent a shark attack.

1. Do not go into the water if you see a shark.

2. Know the area. Ask lifeguards or locals if sharks have been spotted in the area and check the  Dorsal shark reporting app and check for shark sightings.

3. Do not go in the water if you are bleeding. Blood attracts sharks. Menstrual blood that is contained within the body may not be an issue.

4. Do not swim or enter the ocean during low light. Some sharks may be more active at night, dawn, and dusk, plus their vision could be impaired by the low light.

5. Avoid swimming near river mouths that meet with the oceans waters. Bull sharks are known to feed in these areas and the water may be murky.

6. Avoid swimming in murky water. Sharks hunt using a variety of senses including sight. If they sense your presence but can’t see you, they may come to investigate which could cause a negative interaction. 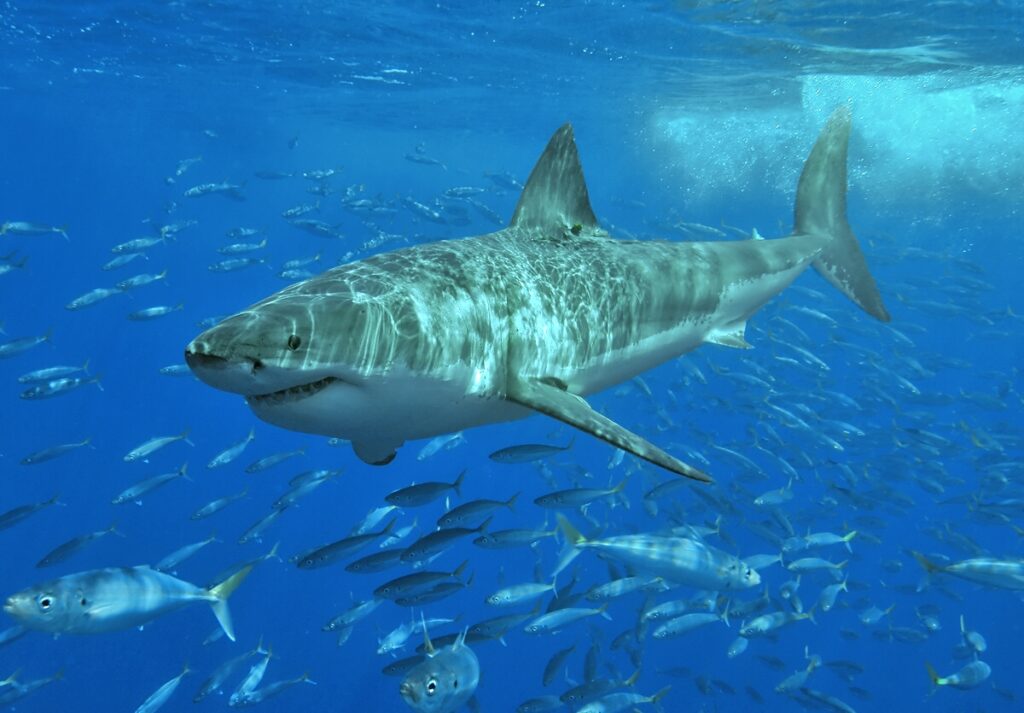