The Town of Oyster Bay is the easternmost of the three towns which make up Nassau County, New York. Part of the New York metropolitan area, it is the only town in Nassau County to extend from the North Shore to the South Shore of Long Island. As of the 2010 census, it had a population of 293,214.

There are 18 villages and 18 hamlets within the town of Oyster Bay. The U.S. Postal Service has organized these 36 places into 30 five-digit ZIP Codes served by 20 post office. Each post office shares the name of one of the hamlets or villages, but their boundaries are usually not coterminous.

Oyster Bay is also the name of a hamlet on the north shore, within the town of Oyster Bay. Near this hamlet, in the village of Cove Neck, is Sagamore Hill, the former residence and summer White House of Theodore Roosevelt and now a museum. At least six of the 36 villages and hamlets of the town have shores on Oyster Bay Harbor, an inlet of Long Island Sound, and many of these at one time or another have also been referred to as being part of the hamlet of Oyster Bay.

Two small-craft facilities are close eastward of the entrance to the boat basin. Berths and moorings, electricity, gasoline, diesel fuel, water, ice, a pump-out facilities, a launching ramp, lifts to 15-tons, storage, and full repairs are available. A speed limit of 5 m.p.h. is enforced in the harbor.

Oyster Bay, on the south side of Long Island Sound about 5 miles westward of Eatons Neck Light, lies between Lloyd Neck and Rocky Point and is the approach to Cold Spring Harbor and Oyster Bay Harbor. The harbor is marked by Cold Spring Harbor Light (40°54’51″N., 73°29’35″W.), 37 feet above the water, and shown from a skeleton tower on a caisson with a red and white diamond-shaped dayboard. The entrance and harbor are characterized by extensive shoals, boulder reefs, and broken ground making off from the shores. Vessels should proceed with caution if obliged to approach or cross shoal areas. The bay south of Cold Spring Harbor Light is a secure harbor, available for vessels of less than 18-foot draft.

Oyster Bay Harbor, a long, crooked arm in the western side of Oyster Bay, has a channel with a depth over 30 feet leading into the area westward of Moses Point. Good anchorage is available southward of Moses Point. West of this point, the channel is narrow and suitable only for vessels drawing less than 10 feet. Vessels of less than 7-foot draft can anchor in the bight between Cove Neck and the wharf at Oyster Bay, and also in West Harbor, the large bight on the northwest side of Centre Island.

A channel, marked by private seasonal buoys, leads southwestward from deep water in Oyster Bay Harbor to an oyster wharf in about 40°52’37″N., 73°31’32″W., thence west to a boat basin. The oyster wharf has reported depths of about 10 feet along the face and southeast side. Parallel to and about 200 feet off the northwest side of the wharf is a row of sunken barges. An oil receiving wharf is about 125 yards southward of the oyster wharf.

Brickyard Point, about 0.5 mile westward of Moses Point, should be given a berth of at least 0.2 mile off its westerly side to avoid several dangerous rocks to the northwestward of the point. None of these rocks is marked. Extensive privately owned oyster beds, marked by stakes, are in this area.

Mill Neck Creek, at the northwest end of Oyster Bay Harbor, is crossed by a highway bridge having a bascule span with a clearance of 9 feet. The area westward of the bridge has depths of 2 to 13 feet.

On Monday, April 18th 2022 voting began in our 4th annual “Best Harbor in the U.S.” contest! Participation is free and open to everyone. Vote for your harbor HERE. Voting for this year’s Best Harbor contest is open from April 18th through May 31st, 2022. Participation is limited to one vote… END_OF_DOCUMENT_TOKEN_TO_BE_REPLACED

By John Page Williams. Hooray for spring! It’s time to get out on the water. But first, make sure your boat is ready to run smoothly, reliably, and safely. (And even if you have been fishing all winter, it’s a good time to check over your rig for an even… END_OF_DOCUMENT_TOKEN_TO_BE_REPLACED

With just over two weeks left to VOTE for your Best Harbor, a few clear coastal favorites have emerged. Don’t see your favorite harbor in the list below? Get out and vote today!  Not only will the winning harbor get bragging rights, the Grand Winner and Regional Winner harbors will… END_OF_DOCUMENT_TOKEN_TO_BE_REPLACED 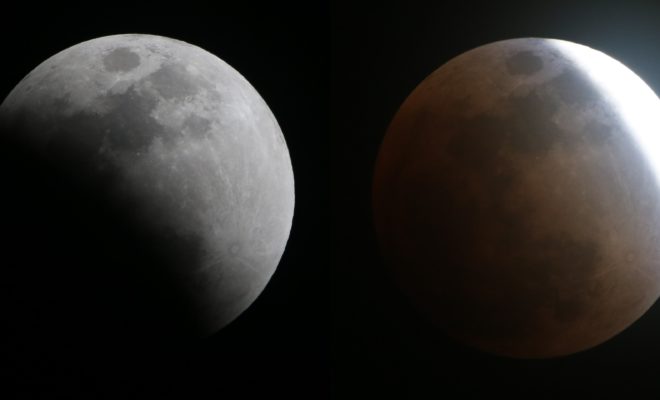 Moon Goes Blood Red this Weekend: ‘Eclipse for the Americas’

By Marcia Dunn. CAPE CANAVERAL, Fla. (AP) — A total lunar eclipse will grace the night skies this weekend, providing longer than usual thrills for stargazers across North and South America. The celestial action unfolds Sunday night into early Monday morning, with the moon bathed in the reflected red and… END_OF_DOCUMENT_TOKEN_TO_BE_REPLACED