Boating, Fishing, and Travel Information for Winter Harbor, ME

Winter Harbor on the eastern side of Frenchman Bay just inside the entrance, is a frequently used harbor of refuge. Inner Winter Harbor, immediately northeastward of Sand Cove, secure in all weather, is extensively used by fishing craft, yachts, and pleasure craft. 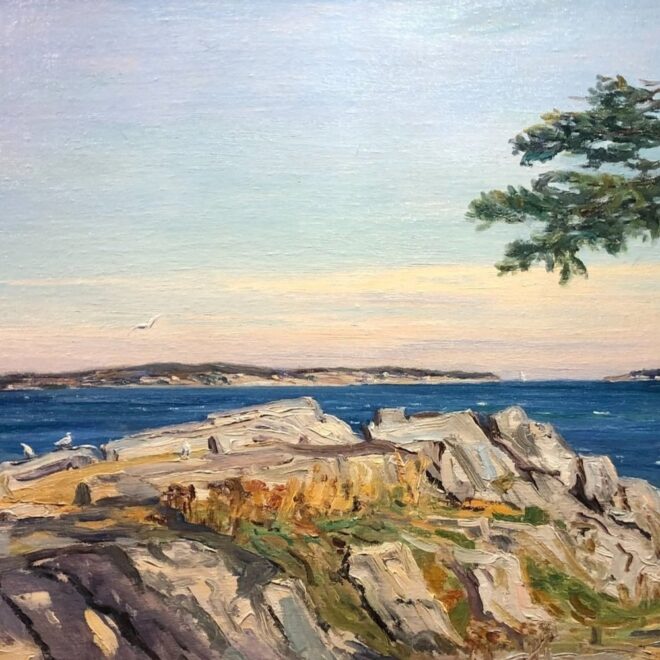 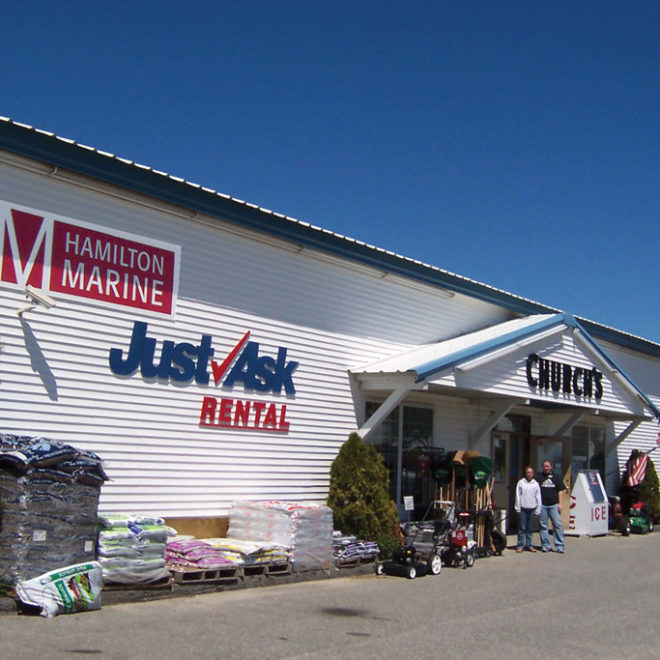 Sand Cove, the northwest arm at the head of Winter Harbor, affords the best anchorage with excellent holding bottom of black mud. Shoal water extends 130 yards off Harbor Point, the eastern entrance point of the cove. A buoy marks the southeast side of the shoal. Only partly submerged stones remain of a wharf on the west side of the cove, about 0.2 mile from the head. Winter Harbor Yacht Club, on the west side of Sand Cove, about 0.4 mile from the head, has a pier and float landing with 22 feet alongside. Water is piped to the float. Fish weirs obstruct the upper shoal end of the cove.
Inner Winter Harbor, immediately northeastward of Sand Cove, is entered between Guptill Point and Harbor Point, 300 yards southward. Guptill Ledge, extending southward and southeastward from Guptill Point, is marked by a daybeacon on the ledge and a buoy off its southeastern end.
An anchorage in the middle of Inner Winter Harbor has depths of about 8 feet. The Winter Harbor town pier and float landing, with approximately 8 feet alongside, are on the west of Guptill Point, just inside the entrance; water and electricity are available. A lobster pier with depths of about 7.8 feet alongside its float landing is on the north side of the harbor about 300 yards westward of the town pier; gasoline, diesel fuel, water, and some marine supplies are available.
Henry Cove, at the head of Winter Harbor eastward of Guptill Point, is wider but less sheltered than Inner Winter Harbor. It has good holding ground in sticky mud, but is open to southerly winds. A sewer outfall extends 1,240 feet from the north end of the cove. Mariners should exercise caution when anchoring in this area. Reefs and shoal water extend about 60 yards from shore on both sides of the entrance. The northern end of the cove is extremely shoal, with the upper 300 yards dry at low water. A large gray private boatshed at the head is conspicuous. A marina with an L-shaped wharf, about 0.2 mile northeast of Guptill Point, has a 10-ton mobile hoist that can handle craft up to 42 feet long for hull and engine repair or open and covered dry winter storage; gasoline, diesel fuel, water, ice, launching ramp, sewage pump-out facilities, and marine supplies are also available.
Navigation:
Click the “Map View” button above to see a chart of this harbor.
The principal entrance from southward, 0.7 mile wide between Turtle Island and Schoodic Peninsula, is deep and free of dangers. The entrance from the northward is used only by local vessels drawing 10 feet or less. The aids in the northern approach are colored and numbered for vessels bound north. Good anchorage in depths of 30 to 54 feet, good holding ground, will be found in Winter Harbor. The harbor is comparatively free of danger, and, although open to the southward, a heavy sea never enters.
Turtle Island, wooded, is on the western side of the main entrance to Winter Harbor and 0.8 mile west of Schoodic Peninsula. Turtle Island Ledge uncovers 5 feet and extends 500 yards off the southwest side of the island; a gong buoy is 0.2 mile southward of the ledge.
Mark Island, 0.5 mile west of Schoodic Peninsula and on the west side of the entrance to Winter Harbor, is grassy and marked by a conspicuous abandoned lighthouse, a white tower 19 feet high connected to a dwelling. A lighted gong buoy is 0.2 mile south-southeast of the tower. Depths of 12 to 16 feet are up to 300 yards south-southeast of the tower.
Ned Island, 0.1 mile north of Mark Island, and Heron Island, 0.5 mile northwestward of Turtle Island, are wooded. Spectacle Island, just north of Turtle Island, has a conspicuous house on it and is wooded. The outer islands, including Flat Island and the Crow Islands, are grassy or bare rocks; the largest of the Crow Islands has a house and a few trees on it. All of the islands are surrounded by extensive ledges which uncover at various stages of the tide.
The channel between Turtle Island and Mark and Ned Islands is not recommended for deep-draft vessels because of unmarked 16- and 17-foot spots in midchannel, about 350 yards westward of the north end of Mark Island. Roaring Bull, a shoal about 200 yards off the northwestern end of Ned Island, is covered 3 feet and breaks during southerly and easterly weather; it is marked by a buoy off the northwest side.
Grindstone Ledge, which uncovers 5 feet, extends 400 yards southeastward from Grindstone Point, and is marked by a daybeacon on the ledge and a buoy south-southeastward of it. A 12-foot shoal is 235 yards southward of the daybeacon and in the middle of the channel between Ned Island and Grindstone Ledge. A narrow unmarked channel, with a depth of 16 feet, is almost midway between the daybeacon and Grindstone Point, the southeastern extremity of Grindstone Neck. This channel should not be used without local knowledge. The channel south of the ledge and buoy is the recommended passage.
Pulpit Ledge, about 150 yards off the southwestern end of Grindstone Neck, is marked by a buoy. The narrow channel between the ledge and neck is used only by small local craft.
The eastern shore of Winter Harbor from Frazer Point, opposite Grindstone Point, to Abijah Ledge, 0.5 mile northward, should be given a berth of more than 150 yards. Abijah Ledge, near the head of Winter Harbor about 300 yards off the eastern shore, is awash at low water. A buoy is westward of the ledge. Shoal water extends from the ledge to the small cove northeastward.

By Dave Cleaveland. Back in the 90’s I had a business that photographed golfers on several golf courses in the Myrtle Beach, South Carolina area. While they played, I would run to the photo lab (yes, it was actually film in those days), get the film processed, run back to the golf… END_OF_DOCUMENT_TOKEN_TO_BE_REPLACED

By www.nature.com Abstract Wetlands such as tidal marshes and mangroves are known to buffer coastal communities from wave, flood, and structural loss during storms. Coastal communities and resource managers seek to understand the ecosystem service value of coastal wetlands for reducing storm-induced flood loss in a changing climate. A recent… END_OF_DOCUMENT_TOKEN_TO_BE_REPLACED

By www.noaa.gov January 10, 2023—The Montreal Protocol was adopted 35 years ago and remains a landmark environmental agreement, saving millions of people from cancer and contributing significantly to the protection of Earth’s climate system. Formally known as the “Montreal Protocol on Substances That Deplete the Ozone Layer,” this important U.N.… END_OF_DOCUMENT_TOKEN_TO_BE_REPLACED

By earth.stanford.edu Researchers modeled how investing in environmental conservation and protection can help San Mateo County adapt to rising seas. The findings provide incentives for policymakers to prioritize nature-based approaches when planning for sea-level rise. Investments in the environment are paying off for a California county where projects designed to… END_OF_DOCUMENT_TOKEN_TO_BE_REPLACED