Kingston, in Ulster County, New York, has three recognized area neighborhoods. The Uptown Stockade Area, The Midtown Area, and The Downtown Waterfront Area. The Uptown Stockade District was the first capital of New York State. Meanwhile, the Midtown area is known for its early 20th century industries and is home to the Ulster Performing Arts Center and the historic City Hall building. The city is on the west bank of the Hudson River. Neighboring towns include Hurley, Saugerties, Rhinebeck, and Red Hook.

The downtown area, once the village of Rondout and now the Rondout-West Strand Historic District, borders the Rondout Creek and includes a recently redeveloped waterfront. The creek empties into the Hudson River through a large, protected tidal area which was the terminus of the Delaware and Hudson Canal, built to haul coal from Pennsylvania to New York City.

The Rondout neighborhood is known for its artists’ community and its numerous art galleries; in 2007 Business Week online named it as among “America’s best places for artists.” It is also the site of a number of festivals, including the Kingston Jazz Festival and the Artists Soapbox Derby.

While the Uptown area is noted for its “antique” feeling, the overhangs attached to buildings along Wall and North Front streets were added to historic buildings in the late 1970s and are not authentically part of the 19th century Victorian architecture. The historic covered storefront walks, known as the Pike Plan, were recently reinforced and modernized with skylights. In the Stockade district of Uptown, many 17th century stone buildings remain. Many of these old buildings were burned by the British Oct. 17, 1777, and restored later. 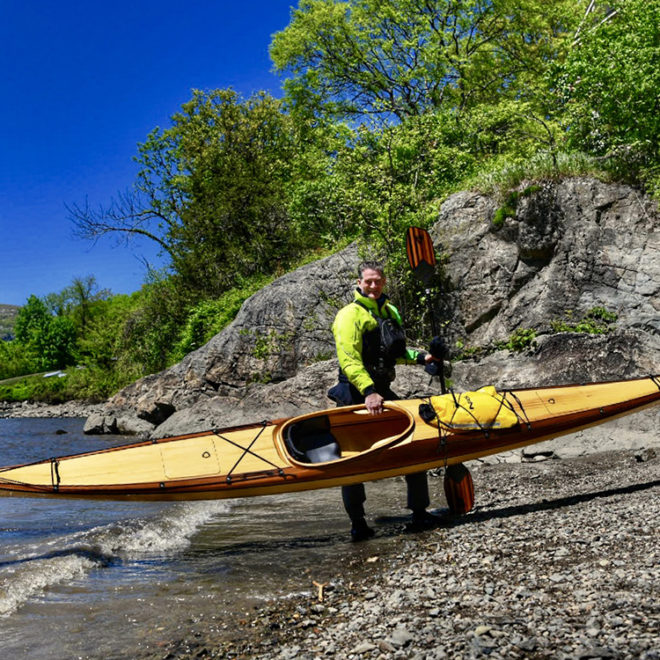 Esopus Meadows Light, Mile 75.8, 52 feet above the water, is shown from a white brick lighthouse on the west side of the main channel. Shoals with depths less than 3 feet extend as much as 0.4 mile from either shore from about 1 mile below the light to Rondout Creek at Kingston. The shoal area on the east side of the river is marked by buoys.

Rondout Creek is entered from the Hudson River at Mile 79W through a dredged channel that leads between two long, submerged jetties to Eddyville, about 3 miles above the channel entrance. The jetties are marked by lights at the outer ends and by seasonal daybeacons. In 2008, the controlling depth was 13.9 feet from the entrance to the second highway bridge about 1.1 miles above the mouth, thence 6.6 feet to the southwest end of Gumaer Island, thence 4.8 feet to the head of the dredged channel at Eddyville. The channel is partially marked by buoys. The head of practical navigation is at the lock of the abandoned Delaware and Hudson Canal, 3.3 miles above the entrance. The lower 2-mile portion of Rondout Creek serves as a harbor for Kingston.

COASTAL NEWS FOR JULY Updates from US Harbors In August we honor the dedication and courage of the United States Coast Guard. The Coast Guard traces its founding to an act of Congress on August 4, 1790, which is why on this day we celebrate the courageous work of these service… END_OF_DOCUMENT_TOKEN_TO_BE_REPLACED 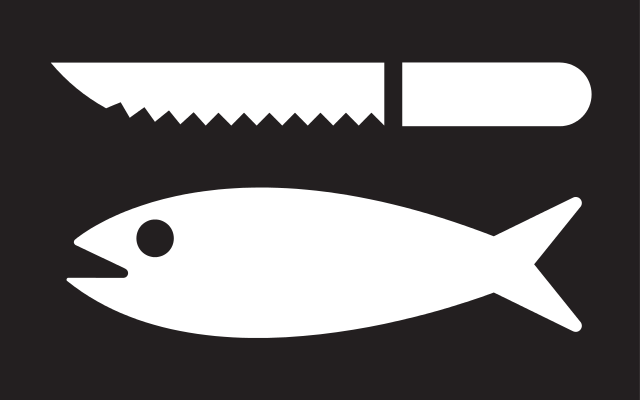 By takemefishing. Cleaning a fish is easy. In this article, we’ll give you basic information and simple steps on how to clean and store your catch as well as how to clean fish before cooking. For the best possible meal, start by treating the fish right from the moment you… END_OF_DOCUMENT_TOKEN_TO_BE_REPLACED 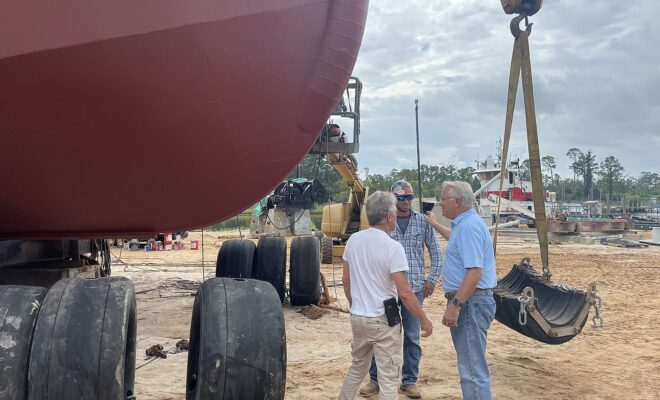 By Ashto.org. The Maritime Administration, known as MARAD, recently issued $19.6 million in grants to 24 small shipyards in 19 states via its Small Shipyard Grant Program. “Small businesses are the lifeblood of the American economy, and small shipyards play a critical role in America’s maritime industry, helping us get… END_OF_DOCUMENT_TOKEN_TO_BE_REPLACED 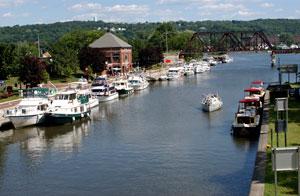 Navigating Locks Safely on Your Boat

Joseph Carro, USCG Boating Safety Locks are more common in some areas than others, so navigating the intricacies of “locking” isn’t something you’ll encounter every day. Still, it’s a reality you’re likely to come upon at one time or another, so it’s important to understand the basics. Navigation locks are… END_OF_DOCUMENT_TOKEN_TO_BE_REPLACED