Boating, Fishing, and Travel Information for Islesboro, ME 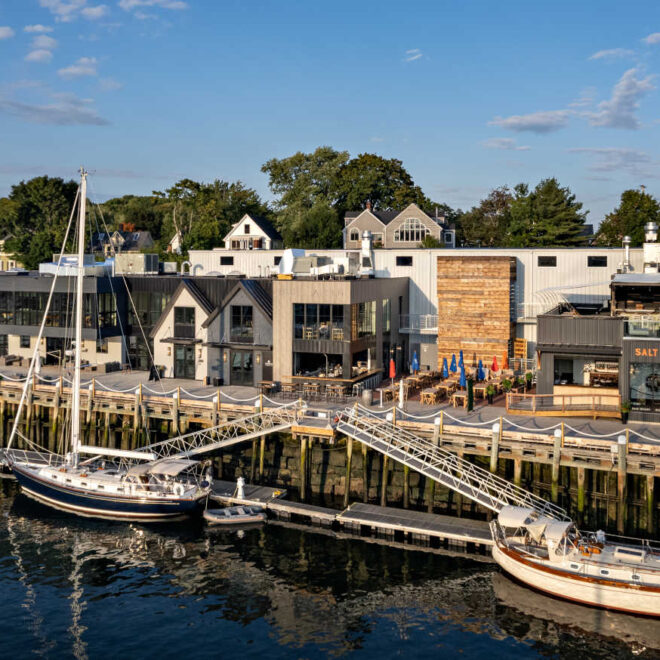 Boating in Islesboro, ME Map View

Gilkey Harbor is a secure anchorage with good holding ground, and is frequented by many yachts in summer. There are a number of private float landings for small craft, but no commercial wharves.
Warren Island is a State park. A 200-foot pier with seasonal dockage and 4 feet reported alongside is on the east side of the island.
Dark Harbor has grocery and hardware stores, a snack bar, and a gas station. Small craft visiting the resort tie up at the yacht club or other private floats in Gilkey Harbor.
The Tarratine Yacht Club is on the east side of Ames Cove, near Dark Harbor; the clubhouse has a float landing with a depth of 4 feet alongside. Some supplies can be obtained in the village, and water is available at the float. A boatyard, at the east end of Ames Cove, has a machine shop and a 40-foot marine railway. Gasoline, covered and uncovered storage, and hull and engine repairs are available. Ames Cove is inaccessible at low water.
Cradle Cove is a shallow indentation on the northeast side of Seven Hundred Acre Island. A boatyard, near the eastern entrance point of the cove, has a machine shop and a marine railway capable of hauling out craft to 60 feet long or 25 tons for hull and engine repairs, and dry covered or open winter storage. Electric and electronic repairs can generally be made, and the yard has a small crane and pile driver. Gasoline and diesel fuel are available at the 300-foot pier and float landing, which has 6 feet reported alongside. Water, ice, marine supplies, and electricity are available, and the yard maintains guest moorings.
Navigation:
Click the “Map View” button above to see a chart of this harbor.
The main entrance to Gilkey Harbor is from southwestward between Job Island and Ensign Islands; the controlling depth is about 27 feet in midchannel between Minot Island and Seven Hundred Acre Island. Unmarked rocks of less depth are near the sides. The channel is partially buoyed and easily entered. The entrance from the northward is marked by Grindel Point Light (44°16’53″N., 68°56’35″W.), 39 feet above the water, shown from a white square tower with a green square daymark, close to an abandoned lighthouse on the north side of the entrance. The State ferry slip, and a municipal float landing with 12 feet reported alongside, are close southeastward of the light; a municipal small-craft launching ramp is adjacent eastward of the shore end of the ferry auto ramp. A lighted bell buoy is west of the entrance, and the channel into Gilkey Harbor is partially marked by buoys.
Small craft can also enter Gilkey Harbor through narrow, crooked Bracketts Channel, westward of the south end of Islesboro Island and eastward of Job Island and Minot Island. The unmarked channel is said to have a controlling depth of about 6 feet. The best water favors the east side.
No difficulty should be experienced in entering Gilkey Harbor from the southward or northwestward with close attention to the chart and bearing in mind a number of unmarked 14- to 18-foot spots in the northern half of the harbor. Wooded Thrumcap (Thrumcap Island), near the middle of the harbor, has a reef extending westward from it which is marked by a buoy. Lobster Rock, awash 0.6 mile east-southeast of Grindle Point, is unmarked.

By Dave Cleaveland. Back in the 90’s I had a business that photographed golfers on several golf courses in the Myrtle Beach, South Carolina area. While they played, I would run to the photo lab (yes, it was actually film in those days), get the film processed, run back to the golf… END_OF_DOCUMENT_TOKEN_TO_BE_REPLACED

Fishing in Islesboro, ME Map View

By takemefishing.org The best places for boating generally have a few important things in common. First, the best boating lakes offer you multiple ramps or access points. In other words, launching and docking your boat is super easy because you aren’t limited to a single ramp or marina. Second, there… END_OF_DOCUMENT_TOKEN_TO_BE_REPLACED

By www.discoverboating.com You may have recently discovered just how much fun freshwater fishing can be, or maybe some recent saltwater fishing excitement has got you hooked on the sport, but no matter how and where you fish there are some basic fishing tips for beginners that all anglers need to… END_OF_DOCUMENT_TOKEN_TO_BE_REPLACED

By fisheries.noaa.gov See how farming sea scallops in Maine is helping fishermen and coastal communities face new challenges and adapt. Fishermen lowers sea scallops into the water. Credit: NOAA Fisheries. Aquaculture of sea scallops in Maine has been steadily developing for about 20 years. This type of seafood farming offers… END_OF_DOCUMENT_TOKEN_TO_BE_REPLACED